By mid-century, the energy mix will be split almost equally between fossil and non-fossil sources, with oil declining steeply after 2030, but gas continuing to grow before leveling off at 29% of the energy mix by 2050, says DNV GL in its latest Energy Transition Outlook.

In light of an increasing need for decarbonization, oil and gas industry should keep sight of its responsibility to address the energy trilemma: how to provide a secure supply of both green and affordable energy, DNV GL stresses in its special report focusing on oil and gas.

As the pace of the energy transition is accelerating, pressure is growing on the oil and gas industry to demonstrate it can continue to deliver a secure and environmentally-sustainable supply of affordable energy. 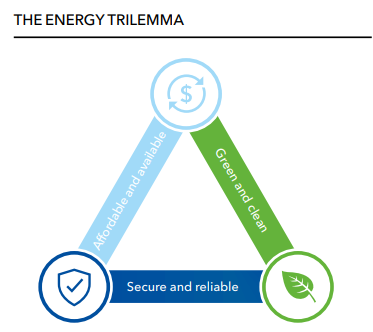 Oil will still be needed for transport during the transition. However, demand will be much reduced by society’s uptake of battery electric or hydrogen fuel-cell vehicles, and by increasing efficiency of internal combustion engines. With global demand for oil looking most likely to peak within the next five years, we forecast that oil production will be 40% less in 2050 than it was in 2017.

Meanwhile, global gas demand is to overtake demand for oil in 2026 to become the world’s primary energy source. Namely, gas demand will keep rising to 2033, but it will then plateau and remain dominant until the end of the forecast period in 2050, when it will account for 29% of the world energy mix.

While natural gas will meet 29% of world energy demand by mid-century, we expect gas supplies to be decarbonized as hydrogen and biogases are added to the gas mix. As the least carbon-intensive fossil fuel, gas will play a pivotal role in continuing to displace coal, which peaked as a global energy supply source in 2014. Gas will provide the energy security and stability we need alongside variable renewables in the transition.