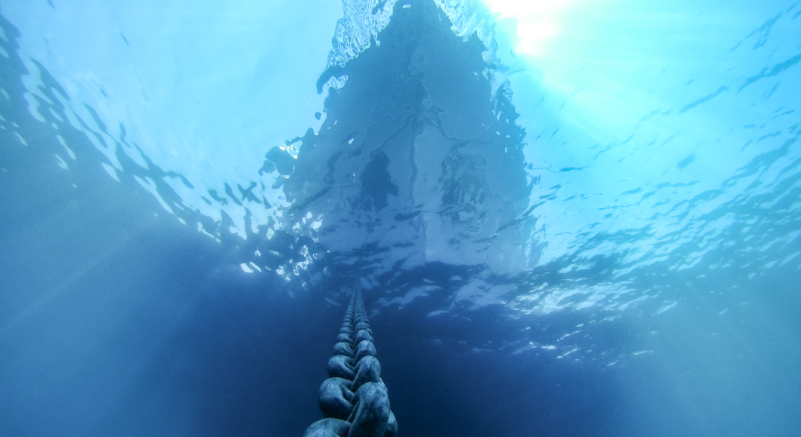 Tanker on anchorage runs aground because of a category 2 typhoon

In September's monthly scenario, the Swedish club reports of a tanker that was run aground because of the typhoon. The vessel was anchored off an Asian port when a category 2 typhoon led to the wind increasing to more than Beaufort scale 12. The crew abandoned the vessel, while there were no injuries or pollution reported.

During late summer, a laden 45,000MT deadweight tanker was anchored in a bay off an Asian port, waiting for a berth to load its cargo off. In the area, the weather forecast had warned for an approaching typhoon, two days before the vessel arriving to the anchorage. In light of the approaching typhoon, the tanker had anchored with 7 shackles of chain in the water. Given that there were islands surrounding the vessel's anchorage, the Master thought that the seven shackles were ideal to cope with the typhoon.

The typhoon was upgraded to a category 2 typhoon.

In essence of the increasing wind, the Master of the vessel tried to manouver into the wind, using the engines, but after two hours the wind increased even further. Consequently, the Master was unable to turn the bow towards the wind, while being anchored. The vessel was now turned so that the wind was acting on the broadside of the dragging vessel.

The Master commanded the Chief Officer to raise the anchor from the sea. This was not achievable as the vessel was dragging because of the wind.

According to the Swedish Club, the windlass was not designed to sustain this kind of environmental loads and was only designed to lift the weight of the anchor and three shackles of chain (82.5m) in calm water.

As the crew weren't able to do more, the Master sent a distress call, prior to abandoning the vessel, and later the vessel ran aground. The crew was rescued by a local tug. Fortunately, there was no pollution or injuries to crew.

[In 2018, ahead of the hurricane Michael, the USCG issued tips to ensure mariners' safety. In the meantime, the USCG published additional safety tips in light of the Hurricane Florence, highlighting that 'Coast Guard assistance may not be available during the storm and immediately following while we reconstitute our boat stations, aircraft, and cutters.']

In addition, the Swedish Club commented

The maximum environmental loads for which anchoring equipment is designed to sustain are:

In this case, a category 2 typhoon has a velocity of about 45 m/s (about 87 knots) which is almost twice the load the anchoring equipment is designed for.

Make sure that the deck officers know the maximum environmental loads the anchoring equipment is designed for, and make sure this is reflected in the shipboard’s anchoring procedures.

July's monthly safety scenario: Lessons Learned: Belts and straps of inflatable lifejacket need to be tight to be effective when inflated