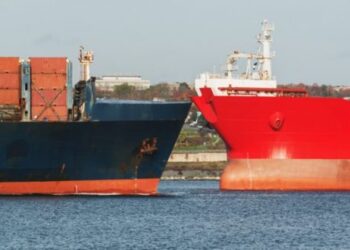 On 30 October 2017, the Directorate of Ports and Coasts in Brazil issued amendments regarding vessels laying‐up in Brazilian ports and terminals and provided the requirements for the concession of the Laid‐ Up Vessel Certificate.

Information received from Brazil P&I Club The Skuld P&I Club, in co-operation with the Brazil P&I Club, refers to Concentrated Inspection Campaign on Foreign Merchant Vessels at Brazilian Ports as follows:We refer to our Circulars dated 13, 18 and 31 March 2010 on the subject to inform you that as per attached Circular from the Navy's Department of Ports and Coasts, the Brazil, as a member country of the Viña del Mar Agreement, and using its naval inspectors stationed in the various Brazilian ports, will carry out a new Concentrated Inspection Campaign (CIC) between the 1 September and 30November 2011 on foreign merchant vessels calling the region during the aforementioned period, but this time with emphasis on the vessel's structural safety and load line aspects, in order to verify the compliance with relevant regulations such as the International Convention on Load Line, 1966.Aiming to avoid unnecessary fines or delays to vessels entered with the Club, please warn Members of the above.Source: The Skuld P&I Club

Brazilian government to participate in ports

A budget of $1.92bn has been set aside for these ports Brazil's federal government has announced that it is to increase its intervention in the management and planning of 16 large ports.At present, its participation in these facilities is through investment only, although by September new measures will be announced in respect of government participation.Currently, a budget of $1.92bn has been set aside by the Ports Secretariat (SEP) for civil works and dredging in these ports.For its part, the private sector has confirmed that it is willing to invest $16bn in private ports, but is being put off by the amount of red tape involved.The National Ports Authority, Antaq, has identified what it considers 45 priority projects in need of private investment. The first will be construction of a new terminal at Manaus, where the situation is regarded as critical.However, the Ports Secretariat denies that Brazilian ports will be privatised and that any views or opinions on this subject will come from the Ministry of Transport and not from Antaq.Source: Port Strategy