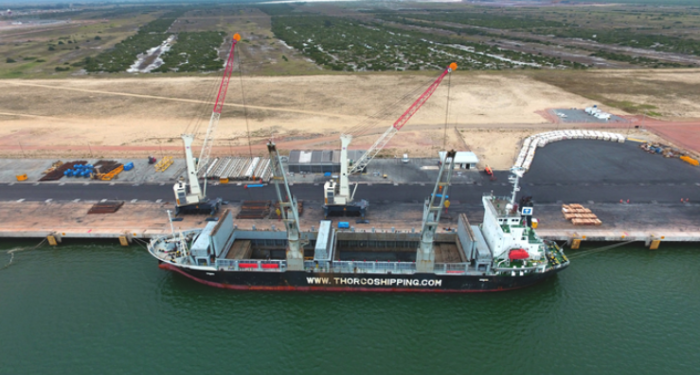 The Chinese Port of Guangzhou and Brazilian Port of Acu entered an agreement on May 8, establishing a sister-port relationship. The agreement aims to enhance cooperation and information exchange between Acu and Guangzhou.

The agreement was signed during the 2019 World Ports Conference, which launched on May 8 in Guangzhou, the capital of southern China’s Guangdong Province.

With the sign of this agreement, Xinhua news agency reported that Acu will establish a much closer cooperation regarding information exchange and collaborative development with Guangzhou.

This development is considered important for the Maritime Silk Road, Tessa Major, chief commercial officer of the Port of Acu, believes.

For ports like Acu, Chinese ports are considered a benchmark in areas like port infrastructure, logistics and management experience, Tessa Major mentioned.

Guangzhou is a key container port in southern China, handling over 610 million tonnes of cargo and around 22 million standard containers during 2018.

The Port of Acu began its operations in 2014, and as of now it has nine terminals. One of them is able to handle 26.5 million tonnes of iron ore every year.

Acu recently experienced another milestone. The ‘BBC Amethyst’ anchored in the Port, becoming the first ship to make the big crossing from Antwerp to the Brazilian sea port. This is considered an important achievement for the Port of Antwerp as well.