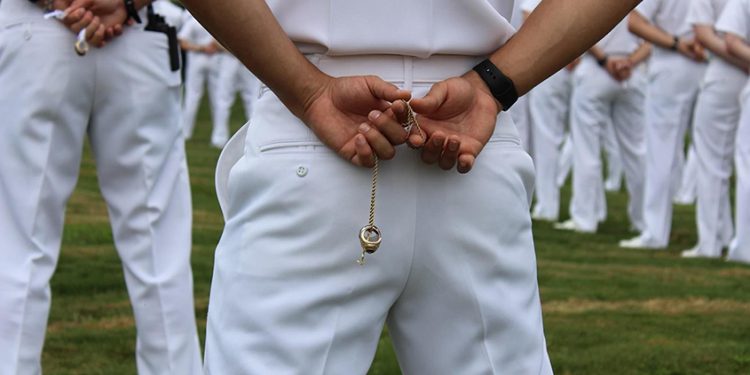 Responding to news that Hope Hicks, aka “Midshipman-X”, has taken a case against shipping giant Maersk, seafarers’ unions are calling for employers to ensure their safe workplace policies are actually being followed, before more seafarers are driven from an industry facing crew shortages.

Maersk Line, Limited was hit with two lawsuits claiming that it failed to protect US Merchant Marine Academy mishipmen from sexual assault and harrassment, according to the law firm representing two victims.

One of the victims was known as “Midshipman-X” after she anonymously shared her story about how she was raped by her superior on board a Maersk Line, Limited during her Sea Year training in 2019. The second lawsuit is the process of being refiled due to a procedural issue.

The complaints allege that Maersk failed to adequately protect U.S. Merchant Marine Academy midshipmen from sexual assault and sexual harassment while working aboard Maersk ships as part of the USMMA’s “Sea Year” program.

Maersk Line has acknowledged that they, like much of the industry, have a problem with the way women are treated. It is encouraging that Maersk has begun to take the practical steps necessary to ensure their vessels, our members’ workplaces, will be free from the kinds of unacceptable gender-based harassment and violence that these women were subjected to

As he explained, “most employers in this sector have in their policies and guidelines sufficient protections for crew already, but the problem is that these policies are not always actioned in the real world.”

This is not an isolated incident, but instead it is the reality for many seafarers, both male and female, regardless of flag or company. Shipping has a broken culture that all parts of the sector have responsibilities towards addressing

For this reason, she believes that “responsible employers and unions cannot change this situation alone. Governments have a clear role in using their legislative and regulatory tools to give effect to the rights of seafarers to safe workplaces.”