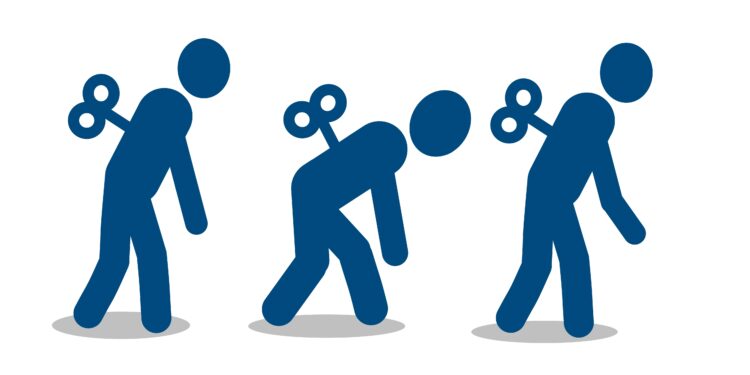 The prevention and management of fatigue require the involvement of relevant stakeholders. One group that appears to require more education about the topic is those involved in the investigation, regulation, and the legal consequences of fatigue-related incidents, explains Prof. Andy Smith, School of Psychology, Cardiff University.

This view is not only appropriate for seafarers’ fatigue but can be seen in road traffic incidents. There appears to be strong evidence of an association between fatigue and driver safety. For example, in the UK, it has been estimated that one in five road traffic accidents (RTAs) is caused by fatigue, with the number increasing to one in four in the case of fatal RTAs. Surveys show that 58% of drivers admit to being tired when driving. However, police reports identify only three per cent of RTAs as being due to fatigue. Our research on seafarers’ fatigue showed that 30% of those surveyed reported being involved in a fatigue-related incident. Furthermore, 60% felt that fatigue was a risk to the ship’s safety. However, like RTAs, the number of marine accidents attributed to fatigue by investigators, or the legal profession is relatively small.

Some of the possible reasons for the relatively small number of marine accidents classified as caused by fatigue by accident investigators and the legal profession will now be discussed. The first reason is that the term fatigue is often associated with falling asleep. Having fallen asleep is readily apparent when this has occurred on board a ship (e.g., a ship having run aground) or in a road vehicle (e.g., a single car that has left the road). However, falling asleep for an extended time is not the only way that fatigue influences safety. Microsleeps are extremely common in very fatigued individuals, and yet their consequences are often attributed to other factors (e.g., incompetent driving or navigation). Fatigue can be induced by many different factors, not just loss of sleep (e.g., time of day; workload; stress; and environmental conditions like the weather, the state of the sea and noise exposure). Exposure to risk factors over time will lead to chronic fatigue, making the person more susceptible to the effects of acute fatigue.

Fatigue influences performance long before the individual falls asleep, and the profile associated with this is often not well known by investigators and the legal profession. First, initial fatigue may be counteracted with compensatory effort, especially in situations that are motivating. This effect can be illustrated by events that occurred when the Applied Psychology Unit at Cambridge was asked to do a film for the BBC about their research. To demonstrate the sensitivity of their tasks, they sleep-deprived one of the research staff. However, when he was filmed, he demonstrated perfect performance as he compensated for his fatigue by putting in extra effort. Unfortunately, this compensatory effort can only be applied for a short period, after which the impact of fatigue becomes apparent. After the film, he reversed into several other vehicles in the car park. Another example of this type of effect is when a person has a fatiguing drive home. The early parts of the drive require considerable effort, and when the driver gets near home, this effort is no longer applied, and often even easy tasks lead to error.

Fatigue leads to several different types of performance impairment. These can involve reduced attention and a slower speed of response to events occurring at unexpected times or places. The fatigued person may be more easily distracted and even loose situational awareness and take more risks. Often investigators or the legal profession judging whether fatigue is involved in an incident will reject it as a cause unless the more extreme effects (like falling asleep) are present.

Most cases of extreme fatigue involve a chain of events that have been called the strain disengagement spiral. Excessive demands associated with specific events (e.g., approaching port, berthing and cargo operations) lead to prolonged fatigue which increases the subsequent need for effort with additional incremental effects of stress, fatigue, and effort. This process may continue for several cycles, but the high effort strategy is abandoned in terms of disengagement when the compensatory limit is reached. Disengagement then allows the adverse effects of fatigue on performance to become apparent.

Professor Andy Smith is Director at the Centre for Occupational and Health Psychology, School of Psychology, Cardiff University. He has conducted extensive research on fatigue and one of his current interests is transport fatigue, especially seafarers’ fatigue.