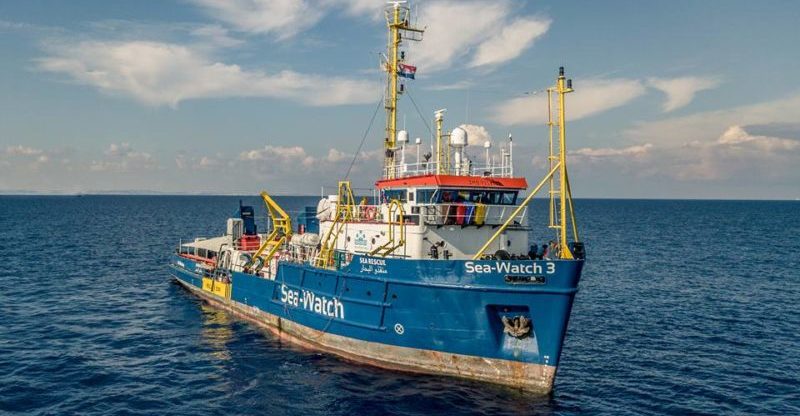 The Italian authorities seized the charity vessel 'Sea Watch 3', after 47 migrants disembarked at the Port of Lampedusa. After their rescue on May 15, off the Libyan coast, the migrants were transferred onto the island.

The migrants' disembarkation reflects as an objection to Italy's deputy Prime Minister, Matteo Salvini, who in January accused the crew of Sea-Watch 3 of 'criminality' for rescuing 47 maritime migrants in the central Mediterranean.

Because the Sea Watch 3 was too big to enter Lampedusa, the migrants were transported to shore by the Italian customs police, the Guardia di Finanza, and the coastguard who boarded the vessel. 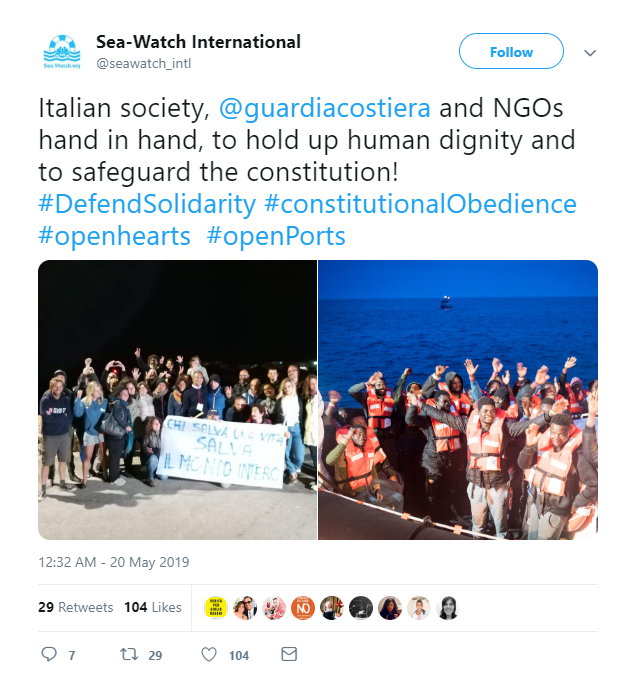 Continuing, the German charity organisations commented that the vessel was taken into 'probationary confiscation', and was ordered to sail to Licata, mainland Sicily.

We have not broken any law, on the contrary, we have once more upheld the law of the sea and the Geneva Refugee Convention, so we are confident this will lead to no further proceedings. But this is a rescue ship, not a cruiser. Every day it is held in port, people may die.

In the meantime,  Giorgia Linardi, Sea-Watch’s representative to Italy commented

The ports are not closed, they cannot be closed. We have affirmed a legal duty, a moral duty, an act of solidarity: rescue at sea must be protected and defended.

Concluding, on Saturday, May 18, the UN sent a letter to the Italian Government according to which 'search and rescue operations aiming at saving lives at sea cannot represent a violation of national legislation on border control or irregular migration, as the right to life should prevail over national and European legislation, bilateral agreements and memoranda of understanding and any other political or administrative decision aimed at ‚fighting irregular migration'.