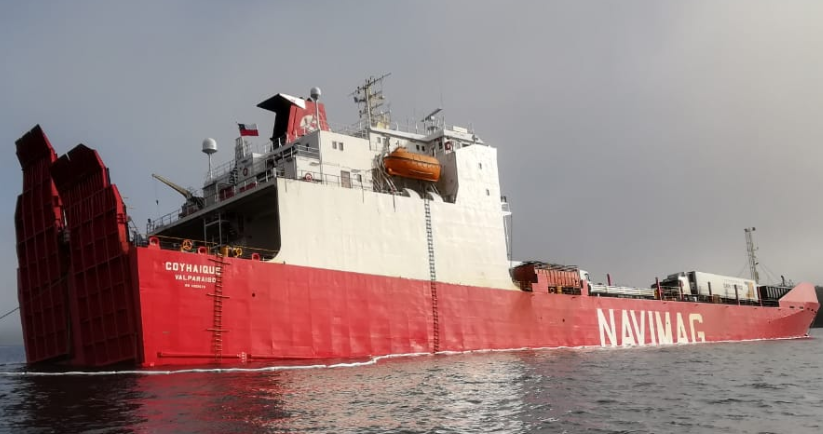 Ro-Ro runs aground off Chile, crewman dies onboard

The Ro-Ro cargo ship 'Coyhaique', owned by Chilean ferry operator Navimag, grounded in Aysén waters, off the Chilean Port of Aguirre in the early morning hours of 3 July. All of the ship's crew and passengers were evacuated as a result.

The ship was carrying 224 cattle in trucks crossing the Moraleda Canal, at the height of Puerto Aguirre, in the Region of Aysén, on Wednesday, when it hit the ground at about 2.00 am and water entered the engine room.

There was also a deceased officer onboard the ship, the company said in an official statement, but it is still unclear if his death relates to the incident. An investigation on the death has begun.

Other sources mention that the ship grounded after the captain committed suicide. This is yet to be confirmed.

After the accident on Wednesday of the "Coyhaique", the local Maritime Authority activated the local Pollution Prevention Center in Puerto Aysén and hydrocarbon containment barriers were installed as a preventive measure.

All of the passengers, crew and animals were evacuated from the ship and are in good condition.

The ro -ro is afloat and is near the coast of Isla Melchor.