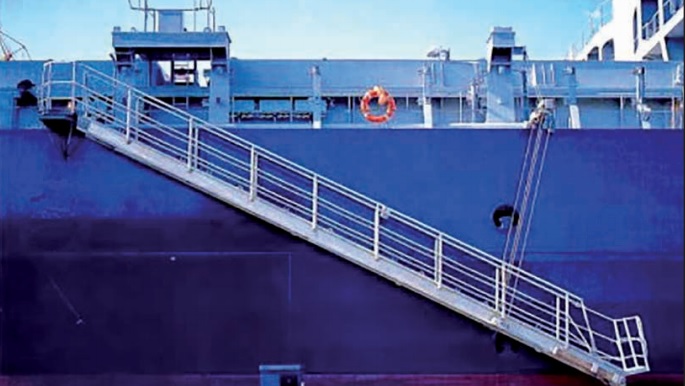 Above image is used for illustration purposes only / Credit: UK MAIB

CHIRP issued its 54th Maritime Feedback outlining an incident concerning a combination of ladder deficiency and the follow up which involved both the port authority and the regulatory authority, Port State Control. This report demonstrates that when a vessel turns up ill equipped, this regulator is prepared to take immediate action. Hitting owners and managers in the pocket by delaying the ship will certainly get their attention and help change behaviours.

The incident involves a vessel that presented itself for a pilot boarding with the following deficiencies: 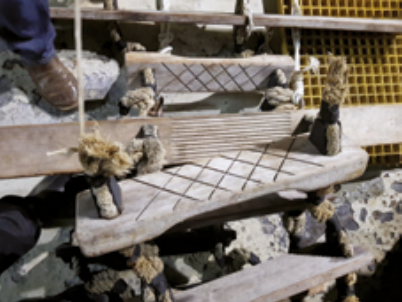 CHIRP comments that pilot placed his weight on this ladder prior to disembarking and both side ropes parted.

According to the report, there was very limited spoken English onboard the vessel, which resulted to communication boundaries when trying to rectify the situation.

The manager of the Port Authority contacted the vessel's manager, focusing on the deficiencies and requiring them to examine the arrangement. Therefore, the vessel was advised to replace any equipment which did not meet the required standard (in this case the country’s regulatory enactment of SOLAS V23).

The managers were informed that if the vessel presented itself at the port in the future with a deficient pilot transfer arrangement, then the pilot service would be refused. The managers were also advised that the port would not provide pilotage services unless there was unequivocal evidence showing that all corroded pilot transfer arrangement equipment had been remedied. CHIRP note – this is an edited extract of the letter with names of port and country omitted.

Following, CHIRP revealed that at this port they began the initiative two months ago, aiming to educate the industry, meaning the charterers, exporters, shipping agents, owners, etc.In the meantime, they more prescriptive approach, so industry needs to be aware that delays to shipping may result from inadequate pilot transfer arrangements.

The relevant advice to industry consisted of a letter to thirteen managers/charterers or their agents who have been found to be non-compliant in the recent past.

Our approach is at all times to educate and assist as much as we possibly can, and the response from ships has been excellent to date, with vessels doing hot work at times to ensure adequate fixing points or stanchions. Many ships simply need a bit of seamanship advice which we freely offer. We have also purchased equipment (pilot ladder and magnets) which we will supply to ships to avoid delays. Equipment is provided on a ‘you use it, you own it’ basis.

Moreover, CHIRP noted that it's the first time they have seen a port authority acting in unison with the regulator and proactively trying to educate vessels in order to bring down the number of vessels with deficiencies.

Although they offer to promulgate this message, it is ground that has been covered before. The suggestion that certificates need to be provided as part of the pre-arrival information is a good initiative and is fully encouraged.