CHIRP issued its 54th Maritime Feedback, focusing on several reports outlining the anomalies between a vessel’s AIS and ECDIS, and positions obtained from a PPU or by visual/radar position fixing. The incident results to the fact that incorrect AIS offsets at the installation stage can also cause a great deal of confusion and may require a visit from a technician to access the pass code.

According to the statement of the reporter, there was no error on the ECDIS displays.

Yet, when moving, the error was evident. Specifically, the position displayed on the ECDIS was observed to be lagging behind the visual and radar positions, with the lag increasing as the speed of the vessel increased.

The AIS position replicated the ECDIS and both indicated a position approximately 160m behind the vessels actual position. This is not the first vessel with this issue.

Moreover, CHIRP contacted with the ISM managers of the vessel, but the reporter advised that the port had been in contact with their national administration who had flagged the report for a PSC visit should the vessel return. They had also forwarded the issue to the PSC authorities for the country of the next port of call

In the meantime, when CHIRP contacted again with the reporter, the latter addressed that

The AIS position of a vessel was out by approximately 20 metres. Once offsets were checked, the independent Portable Pilot Unit (PPU) showed the difference visually on the screen. AIS data indicated that the antenna was forward on the bridge front and 3 metres in on the starboard side.

In addition, the inspection revealed that the error was because of differences between the offsets for the AIS GPS antenna and No 2 GPS antenna.

In other words, No 1 GPS antenna was situated close to the AIS GPS antenna. The Second Mate showed CHIRP a selector switch, and the Captain requested that it be switched to No1. Within seconds, the vessel’s AIS position on my PPU changed and aligned with the independent PPU position. The Captain agreed to post a notice on the AIS to require the AIS external GPS input to be sourced from No1 GPS. 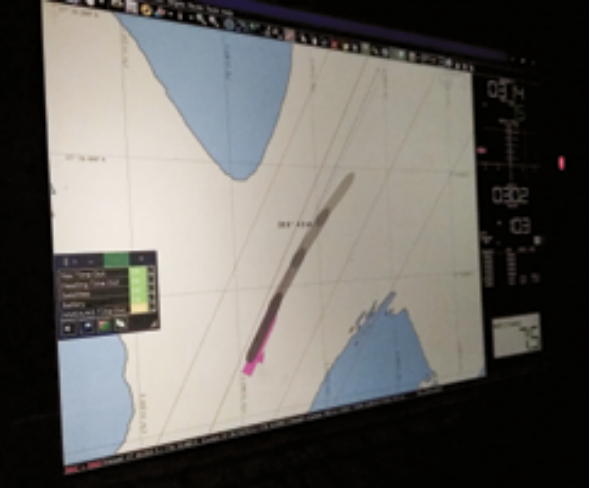 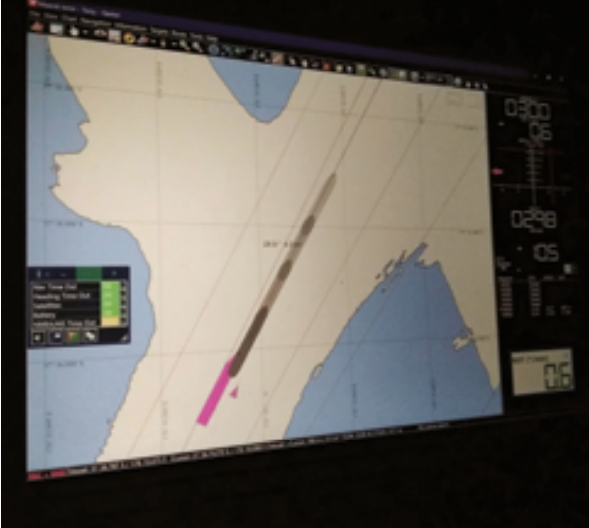 Following, during the third conversation between the reporter and CHIRP, the former noted

I observed that the AIS data was showing the vessel behind the data presented on the PPU. Whilst passing a beacon, I asked the master to tell me where it was from looking at the ECDIS, “On the port bow” was the answer, but it was actually on the beam. After the vessel was secured alongside, there was no error.

When the reported asked the captain to look at the settings on the GPS, they discovered under GPS SETUP, a section called GPS SMOOTHING which allowed for data entry. The “Position” was set at 20 seconds, “Speed” at 30 seconds and “Average Speed” at 120 seconds.

The master reset them all to zero and confirmed that the result had been effective with accurate positions displayed following departure.

This type of error has been reported before, but at those times there was no assistance from the Captains involved.

In the meantime, the Maritime Advisory Board highlighted that these reports raise several issues including some apparent common failings such as an over reliance on ECDIS. Clearly it is vital that the correct data inputs are always utilised.

Of note, the antenna height must be input correctly, and the bridge team must be aware of which GPS is the master unit. From the second report, it is admirable that an antenna plan was produced in short order and that the issue was both identified and rectified.

Additionally, the accurate position also depends upon correct speed inputs, and any WGS84 offsets being input to the master equipment.

The removal of all smoothing may well have solved the position lag in the third report, but smoothing does have a purpose. It can affect course over the ground (COG), course made good (CMG) and time to go to an alteration point (TTG). Thus, it is important to build in the necessary checks and balances for this vital equipment, as reliance on ECDIS and other electronic equipment can and will only increase – this factor will become increasingly important with the advent of autonomous shipping.

It's the responsibility of those installing the equipment to provide advice and warning.

Incorrect AIS offsets at the installation stage can also cause a great deal of confusion and may require a visit from a technician to access the pass code.

For ship managers signing off an installation, there is a need for due diligence to ensure equipment has been correctly tested and that thorough operator familiarisation has taken place, perhaps enhanced with manufacturers training courses, commissioning engineers’ instructions and demonstrations – because from this initial point, information can be progressively lost to subsequent operators as successive handovers omit small items of information.

Every ECDIS system has the facility to input manual positions, visual bearings and radar distances, and every manufacturer advises carrying out cross checks/ comparisons with other methods of position fixing.

In confined waters the Mk1 human eye is a very effective tool. If ECDIS shows a beacon on the bow but you can see it is on the beam something is not right, question it – don’t always assume that the beacon is out of position.

ECDIS is a very clever and useful tool, but it is only one of many tools in the mariners’ toolbox. A regular check on GPS, ECDIS, AIS etc., versus visual and radar positions should always be maintained. Overlay the radar with ECDIS and any discrepancy will become apparent. It should also be noted that AIS is not intended for position reference but for vessel identification.