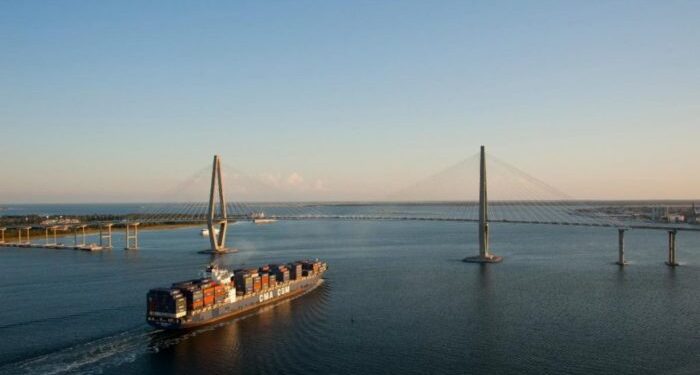 The Charleston Harbor Deepening Project got the green light on December 20, when US President Donald Trump signed the FY 2020 Energy and Water Appropriations bill into law, officializing the port’s deepening project costing $138 million.

Mainly, on 17 December the House passed the bill by a vote of 297-120, while the Senate gave its approval by a vote of 71-23, followed by the President signing the bill.

As the President included the $138 million earlier in 2019 in the 2020 fiscal year, the project was made available to receive direct appropriations by the Congress fort the first time via the Energy and Water Appropriations bill.

Therefore, the deepening plans of the port are fully funded and on track to achieve the 52-foot depth in 2021.

The Charleston harbor will be able to host 19,000 TEU vessels drafting 50 feet or more without navigation or tidal restrictions.

The vision for the port’s deepening began from 2012 when the S.C. General Assembly set aside the full estimated state share of how much the deepening construction project could cost -$300 million-.

This huge infusion of federal funding reflects the importance of ensuring South Carolina has a deep harbor capable of handling mega container ships.

Concluding, the port’s next construction and upgrade move will achieve a 52-foot depth from Charleston Harbor up the Cooper River to the future Hugh K. Leatherman Sr. Terminal opens in a new window in North Charleston, set to open in 2021, doubling port capacity at full build-out.