Predicting wind direction and strength by reading a weather chart

Weather charts, also known as surface pressure or synoptic charts, provide useful information on weather and sea conditions. Safe Skipper's Simon Jollands recommends to mariners to always study weather charts and estimate how the weather is likely to evolve in the area they plan to sail in. 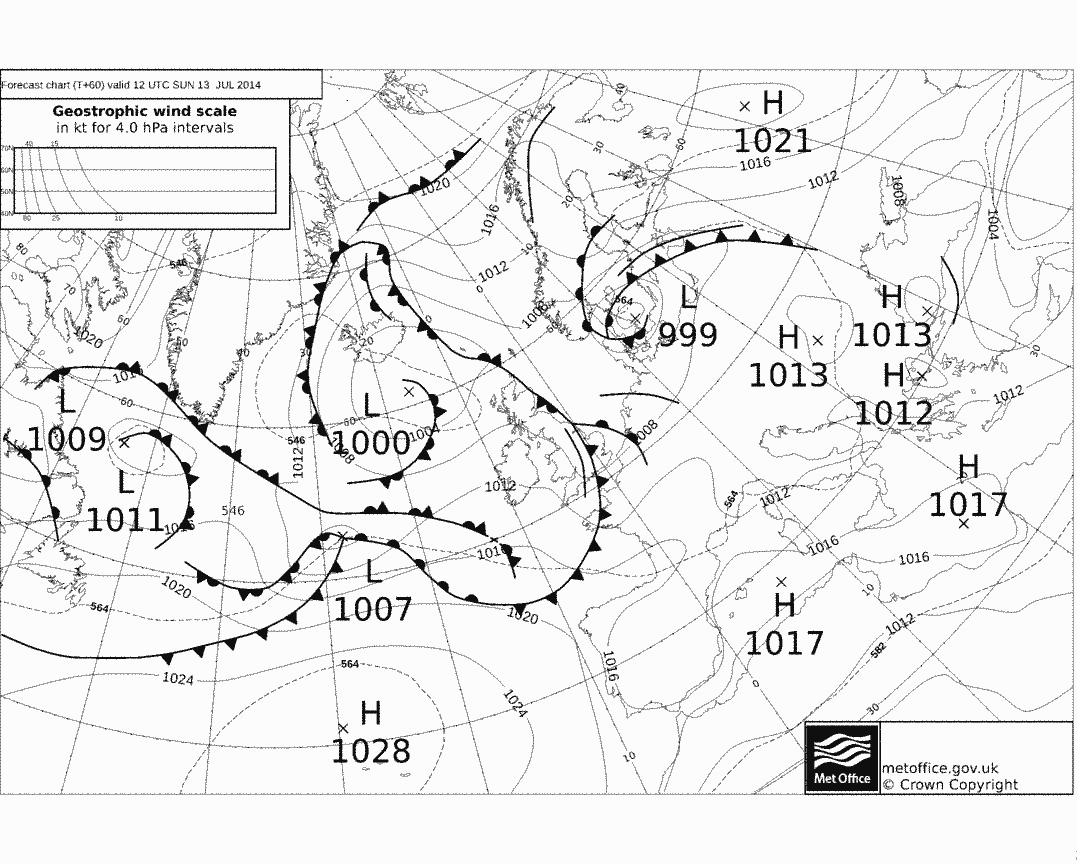 The circular lines, similar to contour lines on a land map, are isobars and join areas of equal barometric pressure.

Air moves from high to low pressure; when the difference in the pressure is greater, the airflow, or wind, will also be greater. Isobars that are close together indicate stronger winds. Accordingly, isobars that are further apart indicate lighter winds.

The wind scale inset in the top left of the chart helps you to forecast wind speed.

The lines with triangles and semi-circles represent fronts.

Black lines with no semi-circles or triangles are troughs and show areas where the air is unstable and showers tend to form.

On the June edition of The navigator, the Nautical Institute focused on weather as a critical factor for safe navigation. It was noted that weather can make the difference between a prosperous or loss-making voyage, can cause injury to crew and passengers and can even lead to the loss of a ship. Awareness of the weather and accurate predictions are both vitally important. With this regard, in its June issue provides ten top tips for mariners about observing and coping with weather at sea.

Moreover, Allianz has previously discussed in a Shipping and Safety Review how the changing weather patterns observed in the last few years are disrupting supply chain and resulting in physical damage shipping incidents. The report refers to recent examples, such as record low water levels on the Rhine and Elbe rivers and high water in Mississippi.