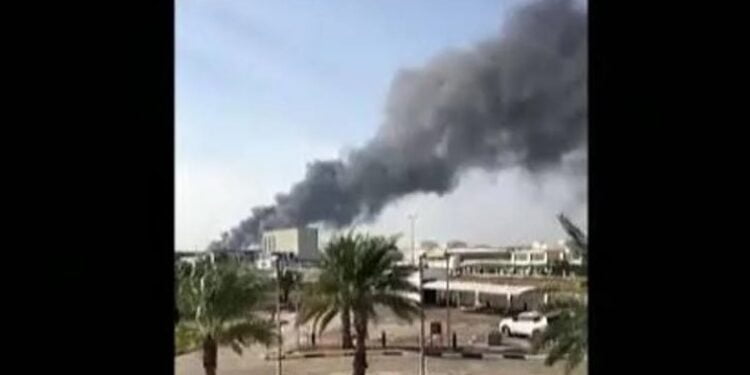 A possible drone attack may have caused an explosion that struck three oil tankers in Abu Dhabi, and another fire at an extension of Abu Dhabi International Airport on January 17, that killed three people and wounded six.

According to ABC News, Abu Dhabi police did not immediately offer any suspects for the possible assault, but Yemen’s Houthi rebels claimed responsibility for an attack targeting the United Arab Emirates, without providing more information.

The Abu Dhabi police added that preliminary investigations indicated the detection of small flying objects, possibly belonging to drones, that fell in the two areas and may have caused the explosion and fire. No significant damage from the incidents.

In addition, another blast struck three petroleum transport tankers near a storage facility for the Abu Dhabi National Oil Co. in the Musaffah area.

The incident comes as an Emirati-flagged vessel found itself recently captured by the Houthis.

According to the United Arab Emirates (UAE) has described the Rwabee as a “civilian cargo vessel” that was leased by a Saudi company and had been in international waters carrying equipment to be used at a field hospital.

However, Houthi official Hussein al-Azzi has claimed it was transporting military assets. On the other hand, the UN Security Council demanded the “immediate release” of the Rwabee and its crew and stressed “the importance of freedom of navigation in the Gulf of Aden and Red Sea”.