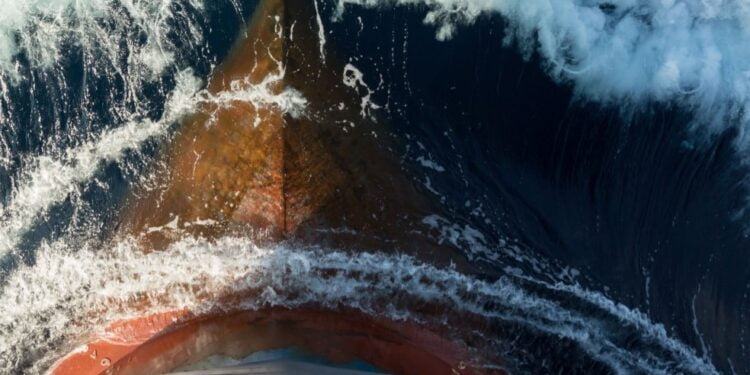 Credit: Getting to Zero Coalition

A report prepared by UMAS for the Getting to Zero Coalition, called “Closing the Gap“, outlines policy measures that could close the competitiveness gap between fossil fuels and zero-emission alternatives in shipping.

According to the report, market-based measures (MBMs) can support the decarbonisation of shipping by closing the competitiveness gap between fossil fuels and zero-emission fuels by increasing the costs of using fossil fuels through setting a price on carbon, and/or reducing the costs of zero-emission alternatives, e.g. through tax breaks, RD&D funds, subsidies, or a combination of these. Additionally, MBMs can also help to mitigate some of the market failures and barriers which are slowing decarbonisation efforts.

The cost of zero-emission fuels must be significantly reduced to close the competitiveness gap with fossil
fuels. To bridge this gap, we need to realize the potential of public-private collaboration

In addition, a key advantage of taxes/levies and ETS is the potential to generate significant revenues which could be used in different ways to help close the competitiveness gap and/or enable an equitable transition, such as:

Possible Level of the Carbon Price

For a 2050 target of full decarbonisation (-100% scenario), the average carbon price would only need to be slightly higher: around US$191/tonne CO2.

In both scenarios, according to the model, the price level begins at US$11/tonne CO2 when introduced in 2025 and is ramped up to around US$100/tonne CO2 in the early 2030s at which point emissions start to decline.

Carbon prices could be lower than the model estimates if revenues generated by the MBM are ‘recycled’ to further support decarbonisation of shipping, for example by subsidising the deployment of zero-emission fuels and technologies.

If all MBM revenue was recycled to support shipping decarbonisation, in theory, this could lower the carbon price level by up to half

Depending on the level of revenue recycling, an MBM with global scope in the -100% scenario could be designed to have a carbon price level averaging between US$96-191/tonne CO2 and reaching a maximum of between US$179-358/tonne CO2. In reality, the carbon price would likely be somewhere in this range, so that more revenue can be used to enable an equitable transition.

Direct regulatory approaches, such as the IMO’s energy efficiency regulation (EEDI, EEXI and CII), often called command-and-control measures, could also be employed to close the competitiveness gap and include the following:

However, one potential shortcoming of standards is that they do not generate revenues, meaning that unless they are accompanied by an appropriate revenue raising, they are restricted in their capacity to enable an equitable transition and address disproportionately negative impacts on States.

Design elements, such as exemptions, differentiation in the standard’s stringency and/or phased implementation of the standard, could be used. However, such design elements could have adverse consequences.

For example, they would lower the environmental effectiveness of the standard, could create loopholes and lead to carbon leakage, but also result in exempted routes being serviced by increasingly old and inefficient ships

There are multiple potential policy options for closing the competitiveness gap between fossil and zero-emission fuels and enabling an effective and equitable transition. One potential route forward is the following policy package:

This year will be critical for decisions on climate policy in the IMO. Our report shows that there is no single perfect policy and that a successful transition will likely hinge on developing and deploying a mix of policies which can address different aspects of the transition

concludes Dr. Alison Shaw, Research Associate at UCL and co-author of the report.

EXPLORE MORE AT THE CLOSING THE GAP REPORT