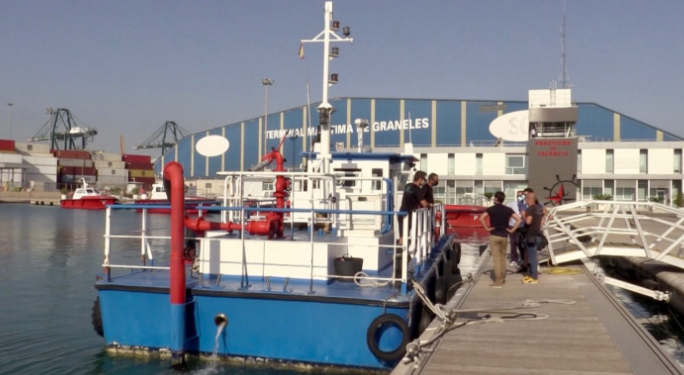 During the first half of the year, the Port of València successfully removed 480 kilos of floating waste, between the service area of the port and the old Turia riverbed.

For its collection, the APV has several instruments at its disposal, such as the anti-pollution barrier located in the river or the Limpiamar vessel.

Compared to last year, this year the number of waste extracted has decreased as there have been fewer episodes of dirt in the old Turia riverbed from upstream. Throughout 2020, 3,350 kilos of floating waste were collected, well above the figures for the first half of 2021.

More than half of this waste was removed by the anti-pollution barrier, located in the old Turia riverbed in the section between the Oceanogràfic and the shipyard bridge, which extracted 1,900 kilos of floating waste in 2020.

This infrastructure prevents floating waste from discharges from the old riverbed, where several of the city’s storm drains converge, from reaching the Port of Valencia or the adjacent beaches such as Pinedo or El Saler.

The Port of València also has the Limpiamar, a “pelican” type vessel of about ten metres in length which is responsible for keeping its inland waters clean with a basket on the bow with which it collects objects found on the surface each day, such as plastic or wood, which reach the port’s inland waters from outside, normally dragged in by storms.

As informed, the boat is active from Monday to Friday and is on duty 24 hours a day in contact with the emergency control centre to respond in exceptional cases, such as large logs that pose a danger to the navigation of boats.

In addition to its daily role of monitoring water quality, the Limpiamar also acts to remove floating objects from the old bed of the River Turia, which connects to the Port, as a complement to the anti-pollution barrier installed in that area.

All the waste extracted is stored in specific containers to be treated by a waste management company. This action is part of the water pollution monitoring plan developed by the APV’s Environment Department. In terms of measuring water quality control, Valenciaport periodically carries out an analytical control of the inland waters of the three ports and measures the presence of hydrocarbons in order to filter the quality of the water.