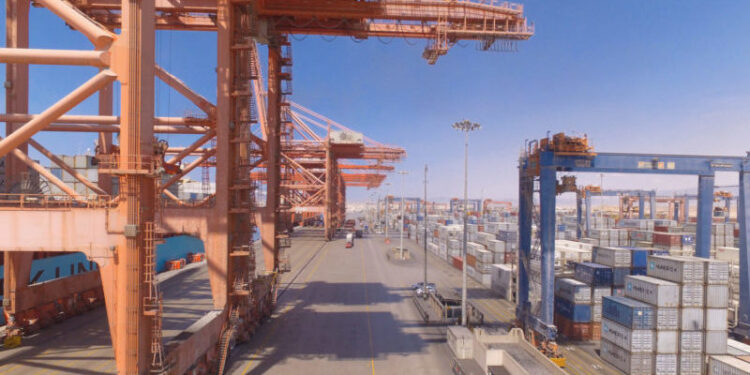 In August, the Port of Salalah, Oman’s major regional gateway port, recorded the highest productivity ever achieved in the region. With an annual capacity of around 5 million TEU, the port set a record this month, delivering 412.97 Port Moves per Hour (PMPH) on vessel Cap San Tainaro. The Port handled 3,820 moves in a port stay of 9.25 hours.

This comes in light of a USD 31 million investment in asset replacement and capacity improvements over the past year, as part of a long-term equipment renewal and deployment plan by APM Terminals.

Investments also support new business initiatives at the port, such as ship-to-ship liquid transfer operations which were introduced last year.

Container and general cargo capacity at the port have now been fully restored following damage caused by Cyclone Mekunu early last year. Cargo volumes moving through the port of Salalah in the first six months of 2019 were higher than in the equivalent period of 2018, although last year’s performance was impacted negatively by Cyclone Mekunu.

APM Terminals has a 30-year concession agreement with the government of Oman to build and manage the port’s world-class container facility until 2028.