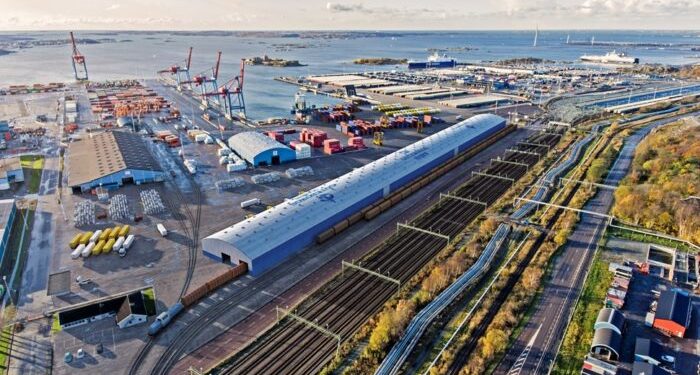 APM Terminals Gothenburg announced the launch of a machine park that will run on renewable fuels, doubling of rail-borne freight and optimising of loading and discharge operations, following the port’s aim on reducing its carbon emissions by 70% throughout the whole of the Gothenburg area by 2030.

Specifically, the port adopted new environmental goals according to which port-related carbon emissions will be reduced by 70% by 2030, in the port and throughout the area extending from the outer port entrance 15 kilometres the west, right up to the city boundary, as well.

In addition, Gothenburg’s terminal is launching the “Green Gothenburg Gateway”, a plan for reducing the climate impact of the terminal, in line with the port’s goals.

Alongside increased digitalisation and growth, we regard our environment and climate work as a key factor that will enable us to achieve our vision of becoming the world’s most competitive port.

Moreover, the terminal is heading towards a fossil-fuel neutral future, which is obvious from the steps it takes, such as electrically operated cranes and gates, autonomous vessels, and terminal buildings heated by biogas. The container handling equipment, including more than 40 straddle carriers, will be powered by fossil-free fuel HVO100.

All measures are to be implemented by 2020.

Concluding, despite the fact that about 22% of the vessels calling the container terminal come later than expected, the optimization of loading and discharging operations ensures the 97% of vessels leave the quayside at the appointed time, sometimes earlier.