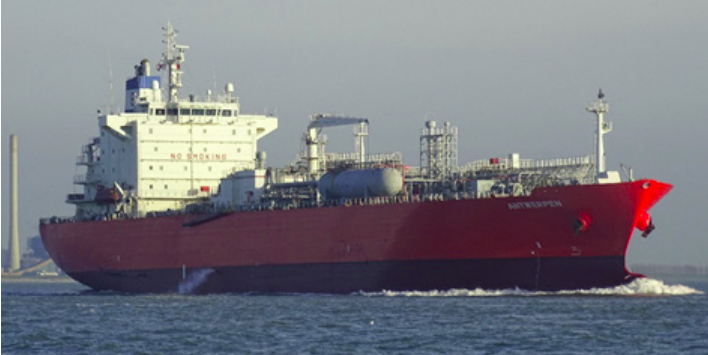 In order to meet its climate targets, Belgium should move beyond local renewable energy production and import solar or wind energy from countries with plenty of wind and sun. A new study by the hydrogen import coalition reveals that this is both technically and economically feasible.

The hydrogen import coalition – a collaboration between DEME, ENGIE, Exmar, Fluxys, Port of Antwerp, Port of Zeebrugge and WaterstofNet – has been studying a means of successfully importing energy using molecules such as hydrogen.

The thorough feasibility study, which started over a year ago, is mapping out the financial, technical and regulatory aspects of the entire hydrogen import chain – from production abroad to delivery via ships and pipelines to Belgium and internal distribution – and providing a basis for the further roll-out to industrial applications.

This comes as the climate objective to reduce CO2 emissions in Belgium by 80% by 2050 compared to 2005 levels is a major challenge and requires a large-scale switch from fossil fuels to renewable energy. In Belgium and Western Europe, there is not enough wind or solar energy, while other regions in the world in fact have solar and wind energy in abundance.

In order to achieve a reliable, affordable and sustainable energy system, local production of solar and wind energy will therefore have to be supplemented by the supply of some of the necessary renewable energy from abroad. Molecules can act as energy carriers to efficiently transport green energy through pipelines and ships. Hydrogen, as a carrier of renewable energy, plays an important role in the blend of end-user solutions, 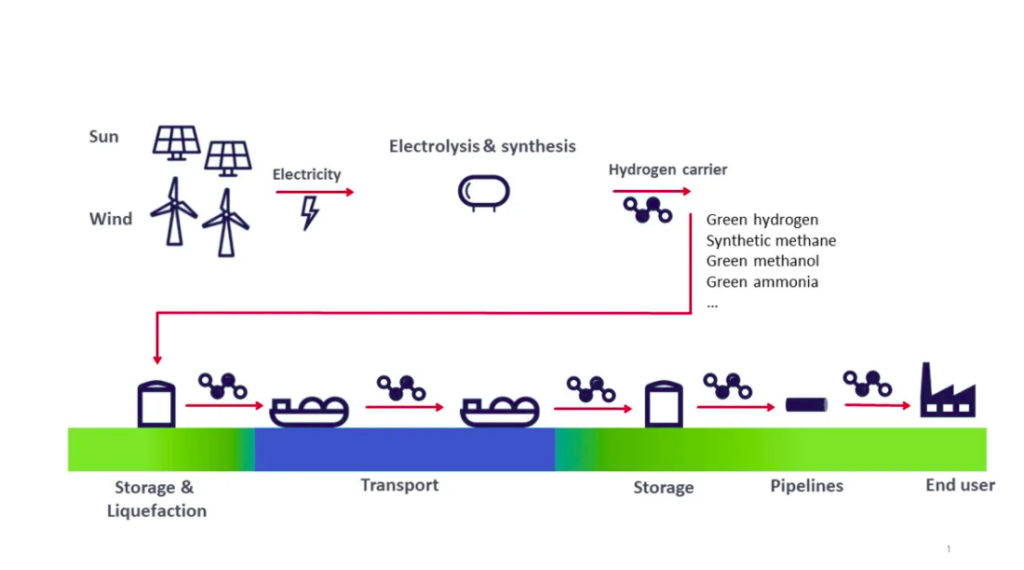 After thorough analysis of all the elements, the study concludes that importing this form of renewable energy is a necessary and feasible solution to the growing shortage in Western Europe. Various types of hydrogen-derived carriers from a range of supply regions will be able to provide cost-competitive renewable energy and raw materials by 2030-2035.

The most promising green energy carriers are ammonia, methanol and synthetic methane. These can be deployed through existing modes of transport – such as pipelines and maritime transport in particular – and growing markets, encouraging a rapid start.

According to the study, this import of renewable energy through green hydrogen carriers will therefore become an essential part of Belgium’s energy supply, complementing the sustainable transition based on domestically generated energy. Belgium has maritime ports and extensive pipeline infrastructure, is linked to the major industrial clusters and has the capacity to meet its own energy needs and those of surrounding countries.

Now that the feasibility study has been completed, the coalition partners will analyse how to prepare seaports to receive the hydrogen carriers of the future.

Specific pilot projects are being set up whereby we can make maximum use of the Flemish expertise and strength in the area of logistics, industry and technology for the development of a sustainable economy and the climate transition in our own region and a broader hinterland. 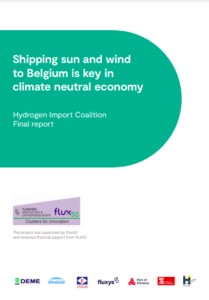