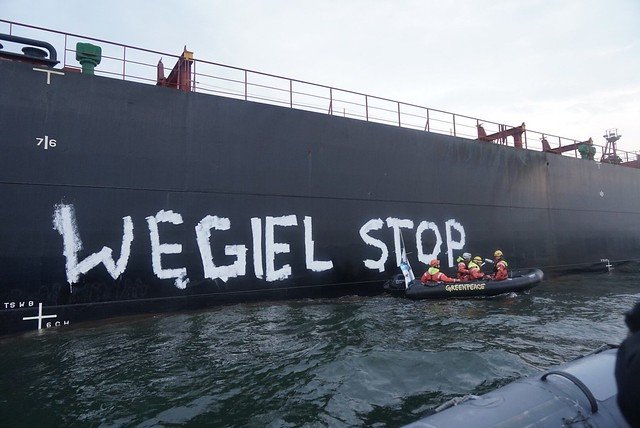 As Greenpeace Poland reported, on Monday, September 9, Polish border guards boarded Rainbow Warrior, its sailing vessel, that was protesting against the arrival of a bulker delivering coal to the port of Gdansk.

Greenpeace is protesting to stop the use of coal, the most carbon-intensive fuel source presently available on the market. Greenpeace was protesting against the bulker Indian Goodwill as it arrived at Gdansk from Mozambique, where coal production is undergoing a revival after years of stagnation.

In its twitter account, Greenpeace published a video presenting Polish customs officials breaking into the vessel's wheelhouse and ordering the crew to lie on the deck.

In a statement, Greenpeace Poland commented

Despite the peaceful nature of the protest, taken on a key issue for the safety of Polish women and Poles, the state services took radical actions that were inadequate to the situation.

The 18 protesters, including the captain, have been detained under the suspicion of violating maritime regulations.