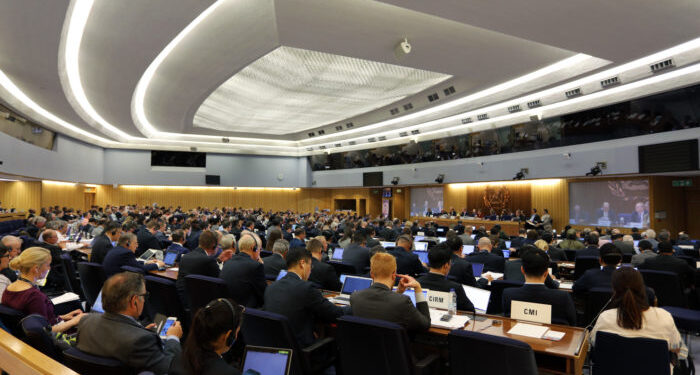 The IMO Maritime Safety Committee (MSC) held its 101st session from June 5 to 14, 2019. After its conclusion, the meeting decided on many important issues during this session. Among others, these include fuel quality and safety, maritime autonomous surface ships, and the approval and adoption of various instruments.

The Committee developed an MSC Resolution suggesting interim measures to improve the safety of ships regarding the use of oil fuel. The measures recommend that SOLAS contracting governments:

The Committee also set out a correspondence group to advance the above work leading up to the next session.

What is more, it agreed to develop a platform on GISIS for reporting of non-compliance of flashpoint requirements, with a preference to incorporate it to the current GISIS platform for MARPOL Annex VI.

An action plan was also developed for the next three meetings to address mandatory requirements to improve the safety of vessels regarding the use of oil fuel and development of guidelines for ships to address situations where independent test results indicating that non-compliant oil fuel was delivered.

In addition, MSC noted the potential of the introduction of new fuel grades related to the implementation of the 2020 sulphur limit the Committee, and agreed to instruct SDC 7 to take into further consideration a unified interpretation of fuel oil service tank arrangements under SOLAS regulation II-1/26.11. In fact, IACS advised that more consultation within their members is needed and that the fuel oil service tank arrangements provided in UI SC 123 may require further consideration.

MSC approved the framework, and encouraged active participation in the existing regulatory scoping exercise (RSE) on the use of MASS. The Committee also analyzed the status report wherein the initial review of IMO instruments has been completed and an updated list of statutory instruments provided to address gaps in regulations. Further comments can be provided by interested parties during an intersessional meeting that will take place from 2 to 6 September 2019.

Additionally, interim guidelines for MASS Trials were confirmed. The Guidelines on MASS trials currently under development aim to be a single document for Administrations, industry and relevant stakeholders. However, they must be specific for each trial to be performed.

Amendments to the 2008 SPS Code: The Committee adopted revisions of the Record of Equipment and SPS certificate under the 2008 Code of Safety for Special Purpose Ships. Resolution MSC.464(101). As ABS informs, the amendments apply for certificates renewed on or after 1 January 2020.

IGF Code Revision: The Committee adopted revisions to the Code of Safety for Ships Using Gases or Other Low-Flashpoint Fuels, IGF Code, which will be applicable for new cargo ships equal or over 500gt and passenger ships using low-flashpoint fuels. The following dates are assigned to define new ships:

Furthermore, the revisions include the following provisions:

FSS Code Revision: The Committee agreed on amendments to the FSS Code, aiming to clarify the location of the valve that isolates the inert gas main from the external supply of inert gas.

LSA Code Revision: The Committee adopted amendments to paragraph 6.1.1.3 of the LSA Code. The revision allows on cargo ships, the dedicated rescue boat to be manually launched, if its mass is not more than 700 kg in fully equipped condition without the crew and that a means is arranged to bring and hold the craft against the ship’s side so that persons can embark safely. The application applies to rescue boats installed on board ships on or after 1 January 2024.

Moreover, Chapter 15 was revised to mandate hydrogen sulphide detection equipment to be provided on board ships carrying bulk liquids prone to formation. Similar amendments were approved for the BCH Code. Entry into force of the amendments is 1 January 2021.

The Committee also decided to update the 2011 Code, and not create a new 2019 version. Entry into force date of the amendments is 1 January 2021.

Furthermore, two MSC Circulars containing guidelines on designing mooring arrangements and the selection of appropriate mooring equipment and fitting for safe mooring, as well as the for inspection and maintenance of mooring equipment including lines were approved. An update to MSC.1/Circ.1175/Rev.1 Guidance on Shipboard Towing and Mooring Equipment was approved as well. The new circulars will apply from 1 January 2024.

Watertight Bulkheads: Draft amendments were approved to parts B-1 and B2 to B-4 of SOLAS chapter II-1 on watertight integrity. Since the probabilistic method does not account for a bulkhead deck to provide the uppermost watertight boundary, the upper boundary of the buoyant volume may be used. However, the watertight integrity requirements contained in parts B-2 to B-4, references the bulkhead deck which led to confusion when carrying out a probabilistic damage stability assessment.

These draft amendments provide clarity and may subsequently affect the subdivision arrangements of some vessel designs. If adopted at MSC 102 in May 2020, these amendments will apply to ships constructed on or after 1 January 2024

Ro-Ro Spaces: The Committee approved interim guidelines on limiting the incidence and consequences of fires on ro-ro spaces and special category spaces of new and current ro-ro passenger vessels. The aim of the circular is to provide interim recommendations for new and existing ships awaiting approval and adoption of related SOLAS amendments that are currently being developed.

Polar Ships: The Committee took into consideration proposals to change the Polar Code, to mandate Part I-A, chapters 9, 10 and 11 and to mandate application of these requirements to non-SOLAS vessels operating in polar waters. The committee decided to refer these issues to the NCSR sub-committee for further consideration.

It also drafted an Assembly interim resolution on the safety of non-SOLAS vessels in Polar Waters, while it approved a circular providing guidance on the navigation and communication equipment that is intended to be used on ships operating in polar waters.

Loss of Containers: After analyzing the mandatory reporting of containers lost at sea and measures to communicate their location which was requested of the MSC by the MEPC 74 in May, the Committee called for the submission of papers on this topic to the next CCC sub-committee session.

What is more, the Committee confirmed the timetable and schedule of activities for implementing the GBS verification scheme.

Cyber Security: The Committee adopted the third version of the Industry Guidelines on Cyber Security on Board Ships which aim to enhance the understanding and awareness of cyber risk management. This version includes information on the response to and recovery from cyber incidents and includes information for ship owners and operators on how to comply with resolution MSC.428(98) Maritime Cyber Risk Management in Safety Management Systems (SMS).

Domestic Ferries: Because of the noted large number of casualties from domestic ferry operations, MSC agreed for a new work item regarding the improvement of domestic passenger ship safety. It was agreed that the result will not be mandatory, and it will not intend to infringe upon the domestic regulations of the individual Member States.

Furthermore, the Committee discussed the suggested plan drafted by the Secretariat that included evaluating current IMO provisions regarding domestic ferry safety, especially GlobalReg1 and Guidelines on the safe operation of coastal and inter-island passenger ships not conducting international voyages, and included the following as a start: