The US Department of Defense announced Tuesday the death of a sailor who is believed to have gone overboard from the US warship 'Abraham Lincoln', while supporting Operation Freedom's Sentinel. 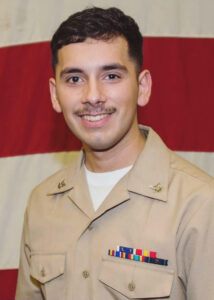 The search and rescue efforts ended on 19 July, but the incident is still under investigation, the Department of Defense said.

Navy Times reported that Saldana joined the Navy in 2015 and was on his first deployment when he vanished.