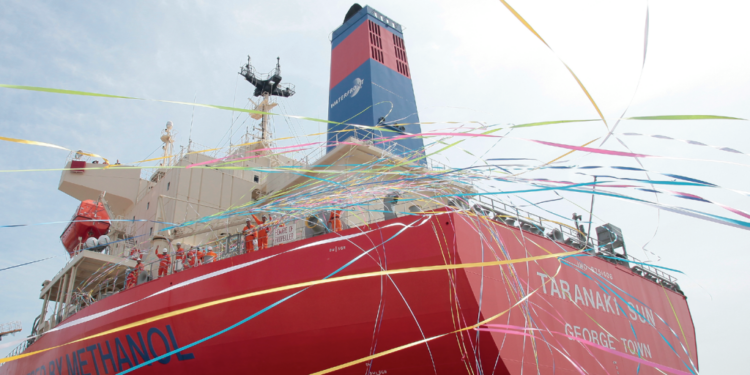 On April 2017, Waterfront Shipping, Methanex Corporation’s wholly-owned subsidiary, marked one-year since welcoming the world’s first ocean-going vessels, capable of running on methanol, into its fleet. The first three vessels were delivered in April and the remaining four, later, in 2016.

According to the company, these vessels have achieved accolades from the marine industry for their use of clean-burning methanol as an alternative marine fuel. Over the past year, the seven 50,000 dead weight tonne methanol tankers – powered by two-stroke dual-fuel engines capable of running on methanol, fuel oil, marine diesel oil or gas oil – have been operating safely and reliably across the globe.

“Tests in blending water with methanol also show promising results in terms of meeting the International Maritime Organization’s NOx Tier III requirements. Such a new Tier III solution could become a game changer. Further tests are scheduled in the near future to conclude if this could be a new way forward,” stated René Sejer Laursen, Sales & Promotion Manager, MAN Diesel & Turbo.