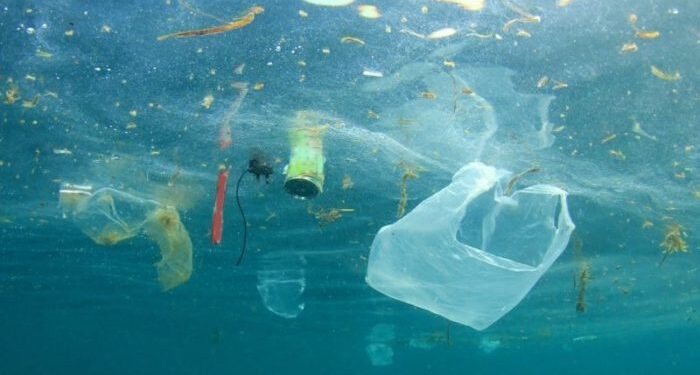 In our series blog posts on plastic marine debris and micorplastics, we attempt to present a major problem of our days; how plastics, which are part of our daily life, are at the same time a big part of our waste stream. Marine debris is a fact; either by floating in the water, washed up on our coasts or underwater. NOAA highlights that there is not an accurate estimate for how much debris at sea is composed of plastic materials. It is estimated that out of the 100 million tons of plastic produced each year, approximately 10 percent ends up in the sea.

Plastics are the most common form of marine debris. It is estimated that 8.8 million metric tons of plastic waste are dumped in the world’s oceans each year. Plastic products found at sea range from common domestic material (bags, Styrofoam cups, bottles, balloons), industrial products (strapping bands, plastic sheeting, hard hats) and lost or discarded fishing gear (nets, buoys, traps, lines). Thus, they can come from a variety of land and ocean based sources, enter the water and impact the ocean ecosystem.

UN says that plastic debris results in an estimated $13 billion a year in losses from damage to marine ecosystems, including financial losses to fisheries and tourism as well as time spent cleaning beaches.

For instance, marine life can get trapped in plastic debris or being killed, as marine mammals mistakenly consider them as food. Subsequently, the negative implications of marine debris affect oceans and harm marine life for many years, even for hundreds of years. Once in the water, plastic debris never fully biodegrades.

Also, plastic marine debris have indirect impacts to the marine ecosystem which makes the problem much complex. For example, plastic debris accumulates pollutants such as PCBs (polychlorinated biphenyls) up to 100,000 to 1,000,000 times the levels found in seawater. PCBs, which were mainly used as coolant fluids, were banned in the U.S. in 1979 and internationally in 2001. These pollutants may come from sources other than plastic debris, thus it is very difficult to determine their exact source.

Do plastics fully go away?

In fact, just 5% of the world’s plastics are recycled effectively, while 40% end up in landfill and a third in fragile ecosystems such as the world’s oceans. According to a WEF report, there will be more plastic than fish in the ocean by 2050. Specifically, the report finds that the use of plastics has increased twentyfold in the past half-century and is expected to double again in the next 20 years.

An interactive coverage by CNN  shows how our throwaway culture is turning our oceans a graveyard. When visiting the dedicated webpage, you can view how many kilograms of plastic have entered the ocean since you started reading!

Our infographic below illustrates how long it takes for our daily garbage found at the ocean – not only plastics -to decompose.

So, if we drop a plastic water bottle today, this will be still floating somewhere and will not be completely gone until the year 2468! Even then,  this specific bottle will not completely decompose, it will become micro-plastics…

Before you throw something into the trash, just think whether it can be recycled, reused or composted! Certainly, we need a different kind of economy promoting sustainable practices to prevent and recycle waste much more. Producing less waste is a win-win situation for the society.

Increasing levels of debris in the world’s seas and oceans is having a major and growing economic impact. The UN SDG 14 focuses on the sustainable use of oceans, seas and marine resources, setting as a target by 2025 to significantly reduce marine pollution of all kinds, in particular from land-based activities, including plastic marine debris and nutrient pollution.

EU took considerable action when in 16th of January 2018, adopted the first-ever ‘’European Strategy for Plastics in a Circular Economy’’ with the aim to promote a more circular economy. This is the key to transform the way plastic products are designed, used, produced and recycled in the EU, making at the same time Europe’s economy more sustainable and more competitive.

Poignant representation of the alarming state of #OurOcean by artist Jorge Gamboa. When it comes to ocean pollution, what we see is just the tip of the iceberg. Make plastics circular, keep them away from the ocean https://t.co/eIrwepGhss pic.twitter.com/hE05ONY2HF

However, it is not only the responsibility of governments to provide economic incentives and a different regulatory landscape to change the current situation. Everything starts from how we behave in our daily lives. The reality is that we are not going to stop using plastics, but we can start using them more responsibly and overall change the way we discard waste products.