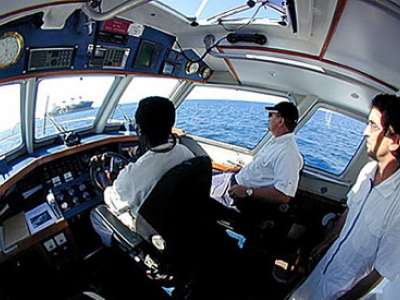 The study was intended to provide a baseline of information and data that can be further used to assess the need for a EU policy initiative on PECs.The data gathered during this Study has enabled the compilation of a comprehensive picture of what is happening across the EU, Croatia and Norway with regard to the issuance and usage of PECs.

In addition, a wealth of opinion has been gathered from a considerable cross-section of stakeholders, which is invaluable in terms of understanding how PECs are perceived and how their presence impacts on stakeholders.

Over the last 15 years there have been major amendments to pilotage legislation, mostly concerning the way in which pilotage is organized, rules on pilotage, exemptions policy and PEC procedures. In countries that have recently joined or will join the EU changes have concerned alignment of policies with international and/or EU requirements.

Further changes to legislation are planned in thirteen countries. In some countries there are key changes planned with regard to the way pilotage and PECs are organized and processed:

– Denmark is proposing to make the requirement for obtaining a PEC less stringent;

– In the Netherlands consideration is to be given to the possibility of new PEC categories; and

– In Estonia there are plans to revise the pilotage exemption examination requirements, and to includeEnglish as an alternative to the national language.

The definition of pilotage in national legislation varies considerably

From the discussions held with stakeholders and responses obtained through the survey, it is clear that there aremany areas where perceptions and definitions vary between countries.

Pilotage is defined in national legislations in many different ways: in some cases the definition is fairly general applying to all types of pilotage, while in others it is specifically defined and/or categorized. In most instances pilotage is defined as either ‘port’ or ‘harbour’ pilotage.

The pilot can refuse or abort a mission on safety grounds

In terms of service level requirements there is a range of indicators and parameters across countries. There are a number of defined service level agreements in place, as in some UK and Irish ports (even where the port provides pilotage internally), Belgium (as part of a concession contract), France (set of service obligations) and in Malta (Service Level Agreement setting out level of service given by pilots and Cooperative Society).

Not all pilotage services are provided against a service level requirement

In terms of service level requirements there is a range of indicators and parameters across countries.

There are a number of defined service level agreements in place, as in some UK and Irish ports (even where theport provides pilotage internally), Belgium (as part of a concession contract), France (set of service obligations) and in Malta (Service Level Agreement setting out level of service given by pilots and Cooperative Society).

According to the information collated, there are no service level requirements present in Bulgaria, Denmark,Estonia, Greece, Poland, Slovenia and Spain.

Requirements for obtaining a PEC

Across all countries a PEC applicant is generally required to hold a Master’s license or certificate. There are some variances regarding terminology however: for example in Bulgaria a valid ‘Certificate of Competence’ is required, and in Norway a ‘valid navigator’s certificate, any class’ is required.

With regard to nationality, in Bulgaria the Certificate of Competence must be issued or recognized by the Executive Agency Maritime Administration (EAMA), while in France, the Master must have a license issued in France or recognized by France.

In five countries (Bulgaria, Latvia, Lithuania, Malta and Portugal) a Chief Officer is not able to obtain a PEC. One port in the UK indicated this also, which suggests that there may be other CHAs in the UK where this is also the case

Shipping lines are in many countries charged a significantly lower fee when a Master holds a PEC compared to the fee charged for a standard pilotage mission.

This is logical, in that a much lesser service is provided withregard to pilotage (e.g. there is no requirement for a pilot to physically board the vessel and advise the Captain).

Responses from nineteen countries provided an indication of the level of reduction which mostly ranges from 50% to 100% when compared with standard pilotage fees: in eleven countries there are no pilotage fees charged ifthe Master holds a PEC (Bulgaria, Denmark, Estonia, Finland, Lithuania, Malta, Netherlands, Poland, Portugal, Spain and Sweden), while in France there is roughly a 95% reduction when compared to standard pilotage fees.Information on the rationale for these charges was not obtained from the survey responses.

One possible explanation is that all vessels must contribute towards the cost of maintaining a pilotage service, as pilotage maybe required at any time, depending on the local circumstances or force majeure situations, for example.