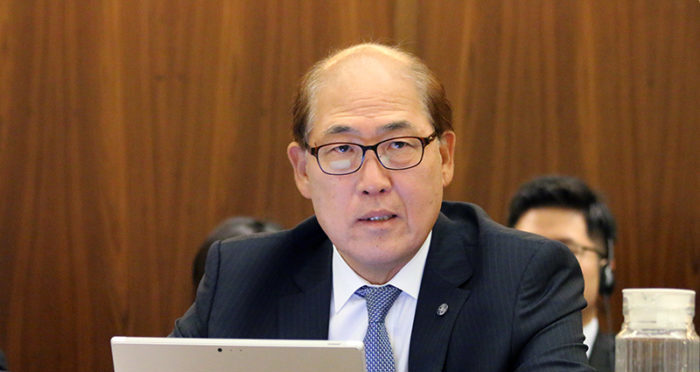 Kitack Lim, secretary-general of the IMO will remain in his post, as the Council approved his renewal and re-elected him. Meaning that Kitack Lim will serve the IMO for the four following years, until 2023.

Specifically, the approval was renewed by the IMO Assembly on 4 December, making it Kitack Lim's second term with the IMO. The South Korean national will from now on be in charge for several maritime issues, for instance the global sulphur cap and the continuing efforts of reducing shipping emissions.

Kitack Lim was chosen for the Secretary's-General position of the Organization back in June 2015, from the 114th session of the IMO Council and he is the eighth elected Secretary-General in the list. With Mr. Lim's four-year tenure scheduled to end in 2019, IMO made its official decision for renewal.

Concluding, Mr. Lim began attending IMO meetings as part of the Republic of Korea’s delegation in 1986 and he engaged in activities to promote maritime safety through effective implementation of IMO conventions in his country and other IMO Member States in the Asian region.