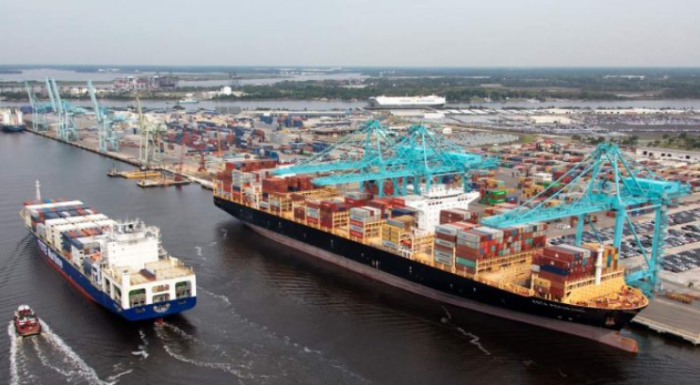 According to a new study by maritime research firm Martin Associates, the Jacksonville Port Authority's cargo activity provides tens of thousands of jobs. The study focuses on impacts arising from marine cargo handled at the public and private marine facilities for 2018.

As demonstrated in the study, four types of impacts are measured:

The study is based on data collected from interviews with and survey responses from 465 firms providing services to the cargo and vessels handled at the Port’s marine terminals and the private terminals within Jacksonville’s Port District.

According to the study, the port provides 26,282 direct, induced and indirect jobs in Florida, from cargo moving through the public and private marine terminals.

The direct jobs are well-paid, too: port-dependent jobs pay an average annual salary of $70,000, well above the state average of $46,000. The port's $31.1 billion in total economic output includes $767.4 million in wages, $634.6 million in business purchases and $247.1 million in state and local taxes, in addition to indirect activity.

Also, the study notes that approximately 36,000 people are employed in the port field in the Jacksonville area, resulting to an 8% increase in comparison to the same 2013 study. In the meantime, the port's overall economic value has increased by 15%.

The more we continue to invest in this port and grow our reputation as a global gateway into the Southeast U.S., the more jobs we create for our neighbors and the more revenue we put back into our area’s economy.

The successes we are experiencing throughout all of our lines of business have a direct and lasting impact on our region and state.

In late July, JAXPORT achieved a new record concerning its container and auto sector, as it moved about one million containers, a 6% increase over the same period last year. In the meantime, the port accommodated the largest container ship to ever call Jacksonville, accomplishing another record.

To explore more on the study, click on the PDF herebelow 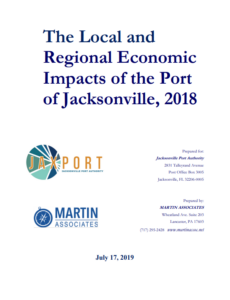