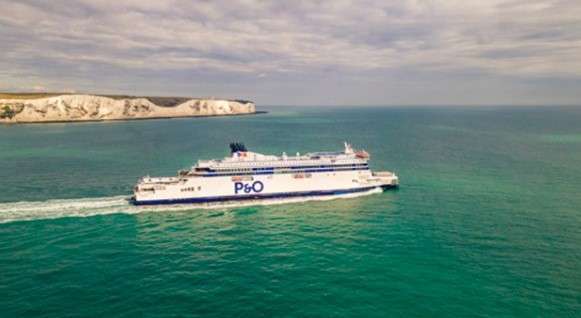 On March 17, P&O Ferries fired 800 British-based seafarers over a pre-recorded Zoom call, with ITF and ETF noting that:

More specifically, Paddy Crumlin, President of the ITF and Chair of ITF’s Dockers’ Section added that “these kinds of brutal shock tactics are reminiscent of the infamous Patrick dispute, that represents nothing more than an outmoded and discredited management style.”

What is more, ETF President Frank Moreels shared this opinion, pointing out that the use of non-union replacement labour amounts to a fundamental breach of workers’ rights to freedom of association.

For this reason on March 28, the ITF will raise the case of the P&O Ferries’ seafarers at the UNGC Board meeting in Dubai, and ITF’s General Secretary Stephen Cotton has reached out to DP World CEO Sultan Ahmed bin Sulayem to discuss this as a priority. Cotton will also deliver a global protest letter, signed by hundreds of unions and thousands of workers, addressed to Sultan Ahmed bin Sulayem.

In addition, ITF and ETF doubted P&O Ferries’ explanation that without the changes the company would “not be a viable business”, as they noted that “P&O Ferries’ owner DP World has made record revenue and profits throughout the pandemic, turning over $10.8bn in revenue and $1.2bn in profit last year, a 33% increase in profit compared with the previous year.”

Furthermore, the two organizations cited reports from the Times and other sources that present the scale of government support that DP World received during the pandemic, with over £30 million in emergency funding, including through the taxpayer funded furlough scheme, landing in DP World’s coffers.

Both economically and morally this situation doesn’t wash with us – and it certainly doesn’t wash for the 800 seafarers who’ve lost their jobs. How can a company who is declaring record profits, who has received over £30 million in taxpayer funds, justify this? Or get away with this?

Concluding the statement, ITF President Paddy Crumlin, highlighted that ITF and ETF are “willing to facilitate dialogue between the company and the unions,” but they also “stand ready to provide meaningful solidarity across DP World’s global operations if need be, to defend these workers’ jobs.”