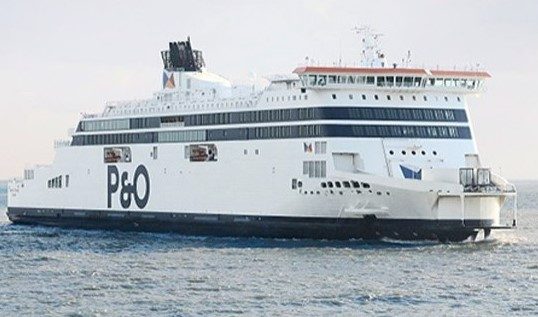 P&O Ferries, a Dubai-owned British ferry company, announced that it fired 800 seafarers yesterday, bringing chaos many of the country’s ports.

P&O Ferries carries more than 10m passengers and 2.2m units of freight between ports in the UK and Europe each year.

According to media reports, employees were shown a pre-recovered video message, informing them that 800 people were being immediately dismissed. However, they would get a compensation for the lack of notice. After that, they were asked to promptly leave the vessels, with reports of security guards being sent to the ships.

The company said that this action was difficult, however important changes were necessary to maintain the business. The company said it had a total of approximately 3,000 employees and that they were moving to protect the jobs of 2,200 employees.

For the 800 employees that are dismissed from the ships, they were told that they would be replaced by agency employees.

P&O Ferries is not a viable business

…the company said in a public statement.

We have made a £100 million (US$131 million) loss year on year, which has been covered by our parent DP World. This is not sustainable. Our survival is dependent on making swift and significant changes now

Because of the pandemic, P&O Ferries suffered badly during the travel restrictions. The company received significant government aid from emergency funds and the government and union supported the furloughing of some 2,500 employees.

P&O Ferries said it would provide “enhanced compensation packages” to fired staffers. It said that services would be suspended over the next few days and passengers would be rebooked with other carriers.

The news today is shocking. In the strongest possible terms we condemn P&O. We will not accept its move to axe the jobs of its loyal seafaring workforce with no notice. We all must question how a company can literally sack its entire workforce on less than 24 hours’ notice

Our unions are awaiting further information from P&O and DP World – its major shareholder – but the ITF and ETF stand ready to mobilize support to defend these workers’ jobs. We’re deeply concerned at reports that busloads of non-union crew and ‘handcuff trained’ security are sitting in Dover and Hull, waiting to remove and replace the British-based seafarers

…noted Cotton also adding that “We are shocked and angry that P&O, a company that pocketed thousands of pounds of UK taxpayer’s money during the pandemic, intends to forcefully remove crews.”

Nautilus International is asking members serving with P&O Ferries to stay onboard their vessels, after the company announced that it is laying off all staff across every route and replacing them with agency crew.

The news that P&O Ferries is sacking the crew across its entire UK fleet is a betrayal of British workers. It is nothing short of scandalous, given that this Dubai-owned company received British taxpayers’ money during the pandemic

There was no consultation and no notice given by P&O. Be assured the full resources of Nautilus International stand ready to act in defence of our members. We believe it is in our members’ best interests to stay onboard until further notice

Unions across the world stand with these workers today. It is truly staggering that at a time when the world is just starting to recover from a pandemic, with a war on our doorstep, P&O can move to sack its entire workforce

Maritime unions globally will do everything we can to stop these appalling jobs cuts. We will lobby P&O shareholders, investors and customers to demand P&O reverse its aggressive and callous outsourcing attempt. These seafarers’ rights have clearly been violated – and it is astonishing that this can happen in major developed country like the UK

…Spera continued, noting also that “Instead of ambushing their workers, we strongly call on P&O to urgently meet with the UK unions to find a justifiable solution and end this clear abuse of these workers’ rights.”

WATCH: The moment @POferriesupdate informed their staff that their employment would be terminated with immediate effect.