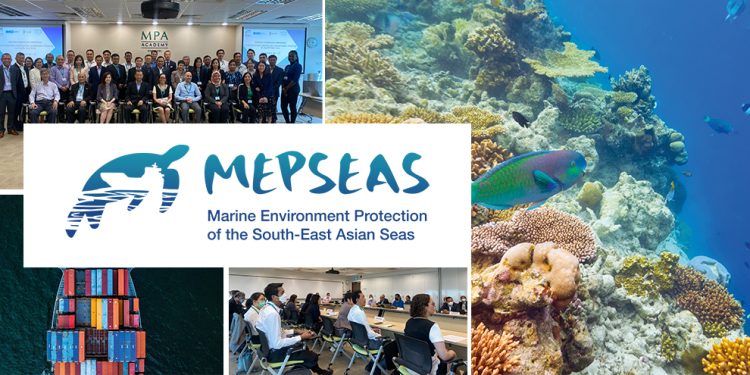 The conclusion of a five-year initiative to protect the marine environment in South-East Asia from the negative effects of ships and shipping has been marked at a high-level meeting (25-27 October) in Viet Nam with the adoption of a MEPSEAS-Halong Statement by the participating countries.

During this process, countries implemented national legal and policy developments and benefitted from related capacity building in port and flag state inspections to support enforcement of the selected Conventions.

The project also supported country-specific port biological baseline survey training, the Green Shipping-Green Port-Green Shipyards (GGG) initiative of the Philippines and the holding of a regional maritime technology conference, among other activities.

The outcome of COP27: Slow progress for shipping decarbonization

As the MEPSEAS project draws to a close, Mr. Jose Matheickal, Chief, Department of Projects and Partnerships of IMO, said MEPSEAS has been one of the most successful projects IMO has handled in terms of delivery and impact on marine conservation:

It was extremely pleasing to see the progress made and commitments delivered by the countries under the project. We started with a scenario where most countries have not even started the accession process and we are exiting the project when the countries have not only acceded to the Conventions, but also developed implementing legislations and practically demonstrated port state control in their ports. It was worth the journey,

The MEPSEAS project was phase II of a collaboration between IMO and Norwegian Agency for Development Cooperation (NORAD) which worked in conjunction with the seven partner countries to implement the Convention on the Control of Harmful Anti-Fouling Systems in Ships (AFS), the Ballast Water Management Convention (BWM), the London Protocol and the International Convention for the Prevention of Pollution from ships (MARPOL) (particularly Annex V regulations covering garbage from ships).

The aim of MEPSEAS was that, by the end of the project, countries would have acceded and implemented their chosen Convention and have in place long-term plans to ensure the protection of the South-East Asian Seas for years to come – aims which have been achieved.

At the conclusion of the MEPSEAS Third High Level Regional Meeting in Ha Long City, Viet Nam, all participant countries adopted the Ha Long Statement which commits them to continue to work in the spirit of MEPSEAS to ratify and implement more international Conventions related to the protection of the marine environment.

The project model has motivated other regions to implement similar projects such as the Caribbean region where a project (Caribbean Sustainable Maritime Transport Project – CaribSMART) is being designed by taking the lessons from the MEPSEAS project.

In fact, the Philippines have seen such merit in having a national task force as the mechanism to deal with all IMO Conventions, they have decided to formalise theirs under a new name as a permanent fixture via presidential decree.