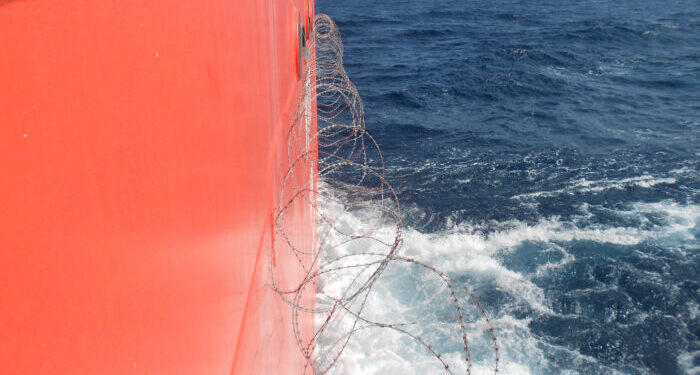 The Gulf of Guinea Maritime Collaboration Forum – SHADE (GOG-MCF/SHADE) project was officially launched on 14 July as a new collaborative framework to combat illicit maritime activities in the Gulf of Guinea.

Co-chaired by the Inter-Regional Coordination Centre (ICC) Yaoundé and Nigeria, GOG-MCF/SHADE aims to facilitate shared awareness and de-conflict activities in the region by linking all relevant stakeholders to advance and coordinate maritime security activities.

The security situation in the Gulf of Guinea remains at the top of IMO’s and my personal priorities. International shipping is suffering. Piracy and armed robbery continue to damage the economy and trade. This situation has continued for several years, and these illegal acts must be stopped. Now is the time to make real progress,

Mr. Lim acknowledged positive strides in the area of interagency cooperation and response on a regional and international level, highlighting anti-piracy legislation passed by Ghana, recent convictions of pirates in Togo, and Nigeria’s Deep Blue Project.

IMO has been working to support training and other capacity-building activities for individual Gulf of Guinea States as well as cooperative regional efforts, under the framework of the Yaoundé Code of Conduct, an agreement signed by countries in the region who commit to working to repress piracy, armed robbery against ships and other illicit maritime activity.

At the request of the Economic Community of Central African States (ECCAS), the Economic Community of West African States ECOWAS and the Gulf of Guinea Commission, IMO continues to work with the ICC Yaoundé, including supporting a series of regional expert-level online meetings aiming to assess the implementation and sustainability of the Yaoundé Code of Conduct and to provide recommendations to the three organizations.

The Gulf of Guinea continues to be particularly dangerous for seafarers with 32% of all reported incidents taking place in the region in the first six months of 2021, according to IMB. The region also accounted for all 50 kidnapped crew and the single crew fatality recorded by IMB in the same perod. Last May, IMO’s Maritime Safety Committee (MSC) called for further action to address piracy and armed robbery against ships in the Gulf of Guinea.