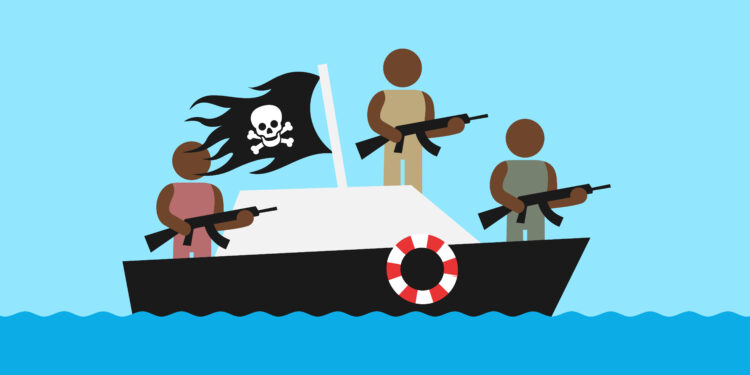 Nigeria has today announced a significant investment in military and law enforcement infrastructure, called Deep Blue Project, to secure its maritime domain as part of a stepping up of actions to address the ongoing piracy issue in the Gulf of Guinea. The Round Table of Shipowner Associations and OCIMF have expressed their full support for the launch of Nigeria’s new initiative.

Managed by the Nigerian Maritime Safety Agency (NIMASA), the multi-agency project will significantly increase maritime security in the region, an area blighted by piracy, armed robbery, and other maritime crimes.

A central command and control centre based in Lagos will oversee a network of integrated assets including two special mission vessels, two special mission long- range aircraft, 17 fast-response vessels capable of speeds of 50 knots, three helicopters, and four airborne drones, providing 24/7 cover for the region.  These complement the Yaounde ICC structure offering real capability to both Nigeria and the region.

It is the hope of the industry organisations that Deep Blue, coordinated with other navies and programmes through the mechanism of the GOG – Maritime Collaboration Forum/SHADE, will seriously impact on the ability of pirate groups to prey on merchant shipping.

The Deep Blue Project can be a game-changer in the fight against piracy in the Gulf of Guinea, and we congratulate Nigeria in launching the project despite the significant difficulties presented by COVID.

David Loosley, BIMCO Secretary General noted that Deep Blue becoming operational represents a significant opportunity to expand law and order at sea in cooperation with international forces in the area.

We look forward to seeing Nigeria make the best of these assets to the benefit of Nigeria, it’s citizens and economy, and of course the seafarers from all over the world going about their daily business in the Gulf of Guinea.

INTERTANKO believes that the launch of the Deep Blue Project is a tangible demonstration that the tide has turned against the scourge of piracy. This project has the potential to greatly contribute to seafarers being once again able to carry out their duties without fear for their safety.

On behalf of the dry bulk shipping sector, we very much anticipate that the Deep Blue Project will make a significant impact in reducing piracy and armed robbery, protecting seafarers, ships, and the essential trade that serves the peoples of countries in the region.

The launch of the Deep Blue Project marks a milestone of delivering state of the art, multi-faceted, maritime capability.  It presents a great opportunity to protect seafarers and the maritime domain Deep Blue will benefit, Nigeria, the region and all those who trade in the Gulf of Guinea waters.

The Deep Blue Project is a multi pronged approach towards tackling insecurity in Nigeria’s territorial waters and the entire Gulf of Guinea. Initially announced during May 2021, the Integrated National Security and Waterways Protection Infrastructure, popularly called the Deep Blue Project, is designed with three categories of platforms to tackle maritime security issues on land, sea, and air.

What is more, maritime stakeholders have recently joined hands to tackle the piracy in the Gulf of Guinea by signing the ‘Gulf of Guinea Declaration on Suppression of Piracy’, on May 17.