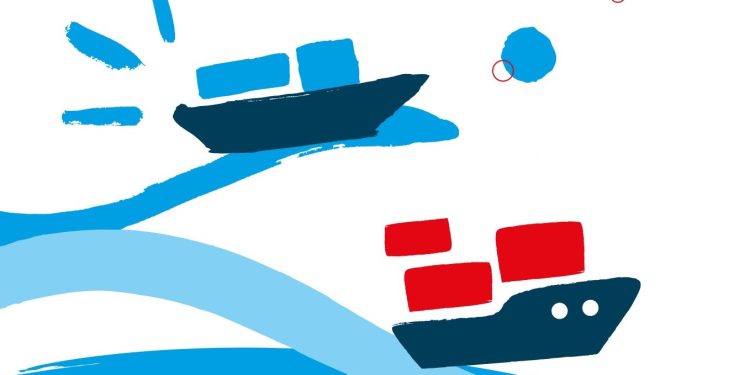 The fifth annual Global Maritime Issues Monitor reveals that senior maritime decision-makers believe the maritime industry will be most impacted by the decarbonization of shipping and new environmental regulations in the next decade. At the same time, geopolitical issues and workforce and skill shortages rise in prominence as an area of concern.

Geopolitical tension and the war in Ukraine top of mind

Following the war in Ukraine, geopolitical tension has become one of the top concerns in the industry. The industry’s preparedness to face these tensions, however, is still rated as high. Compared to last year’s results, the expected impact of changing trade patterns has likewise increased. Conversely, the survey respondents felt that the industry is less prepared to tackle failure and shortfall in infrastructure.

The maritime industry has a long history of facing disruptions and uncertainty. The industry’s relative preparedness in the face of recent events can likely be linked to its long-standing experience and ability to react to route disruptions and changes in the geopolitical environment, though issues relating to supply chain security continue to be a concern

Increase in fuel price is ranked as the most likely issue

Respondents in 2022 saw the two most likely issues facing the maritime industry as fuel price increases and geopolitical tension, which had been in the number seven and six spots in 2021. This is the first time fuel price increase has taken the top spot. Although the question was framed to ask about the most likely issues to face the industry over the next ten years, respondents were no doubt swayed by the current status of these two issues.

New environmental regulations and decarbonization of shipping dropped from the number one and two spots in 2021 to third and fifth, respectively. Many observers have expressed concern that the war between Russia and Ukraine, with its high impact on energy use, is drawing attention away from climate issues, and not only in the maritime industry.

The ever-increasing pace of digitization and connectivity kept cyberattacks high on the list, ranking number four for likelihood in 2022, just a peg lower than in 2021. At the same time, the likelihood of big data and artificial intelligence generating challenges ranked lower, placing at number seven this year compared to four in 2021.

Decarbonization and other environmental issues seen as the most impactful

This year’s findings confirm last year’s trend: decarbonization is a top issue for the maritime industry. Decarbonizing shipping is an enormous challenge, but it is encouraging to see that the industry’s confidence in its ability to overcome this challenge is growing

Although rated high, new environmental regulations and decarbonization of shipping dropped from the number one and two spots in likelihood in 2021 to third and fifth, respectively. When asked to comment on the findings of the survey, many observers expressed concern that the war between Russia and Ukraine, with its high impact on energy use, is drawing attention away from climate issues, and not only in the maritime industry.

Human sustainability and workforce shortages an area of concern

This year’s Global Maritime Issues Monitor features a special focus on human sustainability in the maritime workforce, defined as dignity and respect for every human being within an organization and across supply chains to ensure human well-being and ethical practices.

Overall, attracting and retaining talent was seen as the most important issue of the deep dive. At the same time, it ranked next to last in terms of expectation that companies will address it. Workforce and skill shortages, an issue in the main part of the survey, moved up in impact and down in preparedness.

Industry leaders are getting more involved in improving overall human sustainability across the maritime industry, particularly on diversity, equity, and inclusion. Making this a strategic focus is crucial if wanting to attract and retain the workforce of today and the future

New technologies being adopted in various parts of the industry bring vulnerabilities as increased touchpoints offer an expanded attack surface—the aggregate of all known, unknown, and potential vulnerabilities and weaknesses across all people, hardware, software, and network components that might present cyber criminals an entry point.

The key role the maritime industry plays in the global economy means that disruptions can ripple through supply chains, causing significant delays and other issues. For example, a major cyber incident could potentially bring a port or terminal to a standstill for hours, days, or even weeks.

Such risks underscore how important it is for those in the maritime industry to invest in smart digitization strategies that identify and address vulnerabilities, creating a cyber-resilient organization that is able to withstand and recover from an attack.

Changing the industry takes time, but things are moving. We need to define the basic digital foundation