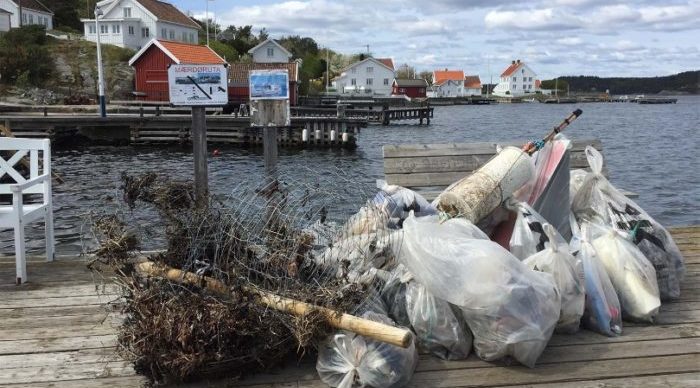 Gard presents Norway's local approach on the problem of pollution, as Norwegians teamed up to clean marine litter from Norway’s shoreline. The majority of plastics found on the shorelines, sea surface and sea floor are not biodegradable so discarded or lost plastic items accumulate over time on shorelines.

Norwegians have a tradition called 'dugnad' which means getting together and tidying up.

Specifically, on May 4, Gard employees from Bergen and Arendal joined over 40,000 people in this year’s spring cleaning.

The most common garbage found were styrofoam and plastic fishing gear and nets, rope, food wrapping, straws and cups, and myriad large and small unidentifiable pieces of degraded plastic.

Additionally, unusual items included a single rubber boot, a tyre and a message in a bottle.

Garbage is found in big amounts on Norwegian beaches due to items discarded there and other litter washed in on tides and storm surges.

Moreover, plastic fishing nets are amongst the litter that have the doubly pernicious impact in continuing to entangle and kill sea creatures – so called 'ghost fishing'.

Prevention is better than cure and Norway is a leader in recycling of plastic.

Norway has a successful bottle deposit, returning scheme with 97% of all plastic drinks bottles purchased in Norway returned for recycling.