Specifically, the 3,623 MW added in 2019, corresponds to 502 new offshore wind turbines connected to the grid, across 10 wind farms.

For the time being, the EU has an overall of 22,072 MW offshore wind capacity installed. 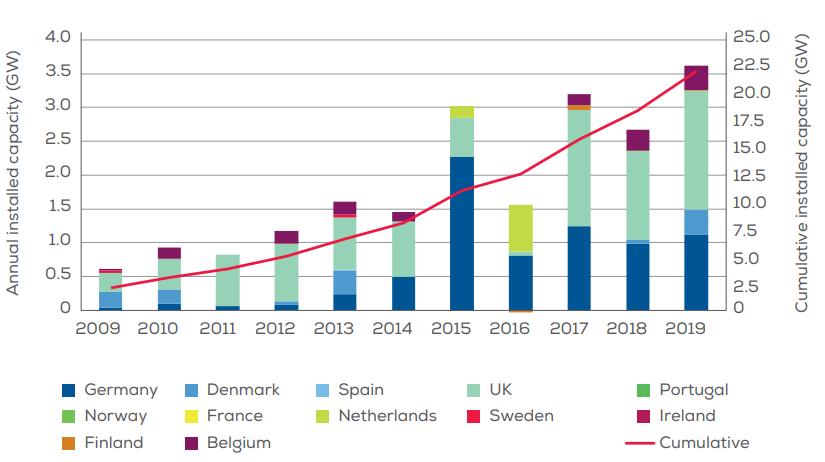 It is highlighted that the average rated capacity of turbines installed in 2019 was 7.8 MW, 1 MW larger than in 2018, while the average size of wind farms in construction almost doubled in a decade.

The report notes that the UK represents almost half of the capacity brough online in Europe in 2019, holding the 48.5% or 1.7GW. Germany follows with 1.1GW, Denmark with 374MW and Belgium with 370MW.

Europe now has 22GW of offshore wind, of which the UK and Germany account for three-quarters and Denmark, Belgium and the Netherlands share nearly all of the rest.

But we’re not currently building enough to deliver on that, let alone the more ambitious volumes needed to deliver the Green Deal. The EU Commission says we need up to 450 GW of offshore by 2050. That means 7 GW new offshore wind every year by 2030 and 18 GW by 2050. Last year we built a record amount, but only 3 GW.

Concerning the UK, Prime Minister Boris Johnson promised that he would increase the country's offshore wind power, raising its goal for offshore wind power to 40 gigawatts (GW) by 2030, up from the current 30 GW target and invest 500 million pounds ($640 million) in electric vehicle charging points.

To achieve the goals stated above, about 800 million pounds should be invested in technology to capture and store carbon dioxide, in efforts in reducing emissions and taking a step closer to UK's plan of becoming carbon-neutral by 2050. 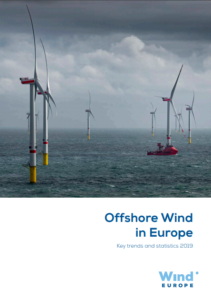