Above image is used for illustration purposes only / Credit: CMPorts

On 22 February, the signing of the letter of intent closed the TCP transaction in the Federal Senate of Brazil, after an agreement signed in September 2017 and after which CMPorts would acquire 90% Stake of the Port of Paranaguá for USD 923 million.

TCP has now officially become a subsidiary of CMPort, which is a gesture of the Company's overseas port network expansion from Asia, Africa, Europe and North America to Latin America, achieving a full coverage in five continents. TCP is the 2nd largest container terminal in Brazil, with existing design capacity of 1.5 million TEUs and 2.4 million TEUs  by the end of year 2019 and the largest reefer terminal in the country. As such, the move is expected to significantly enhance China's plans under the Belt and Road initiative.

China and Brazil are traditional trade partners with long established friendship. Both countries have vast territory and abundant resources. In 2017, China is the largest destination and origin for Brazilian exports and imports respectively. The two countries have close international economic and trade relationship. I am confident of the long-term investment and mutual beneficial cooperation in Brazil.

Upon the takeover of TCP, with the strong support of the Brazilian government, CMPort will take TCP as a new starting point and join hands with Brazilian partners, working to achieve mutually beneficial cooperation between China and Brazil. 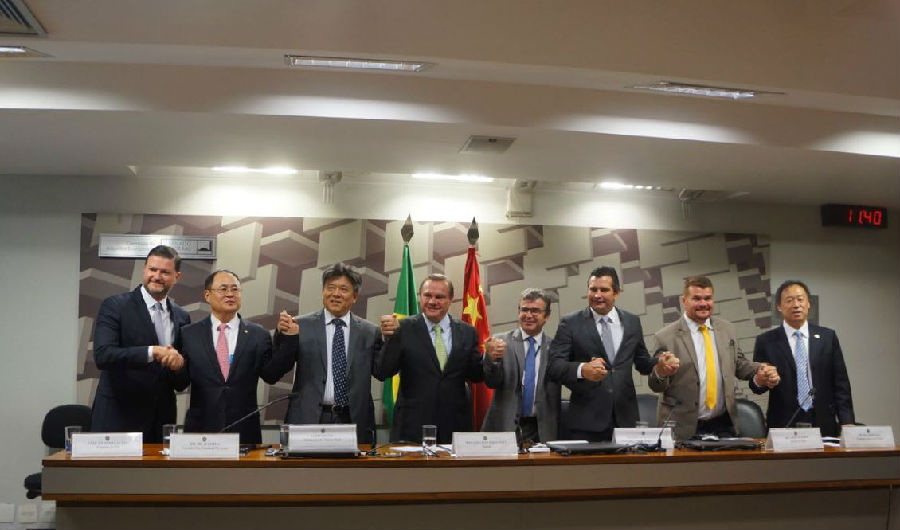