ReCAAP ISC: Piracy and armed robbery in Asia decreased by 25% in 2018 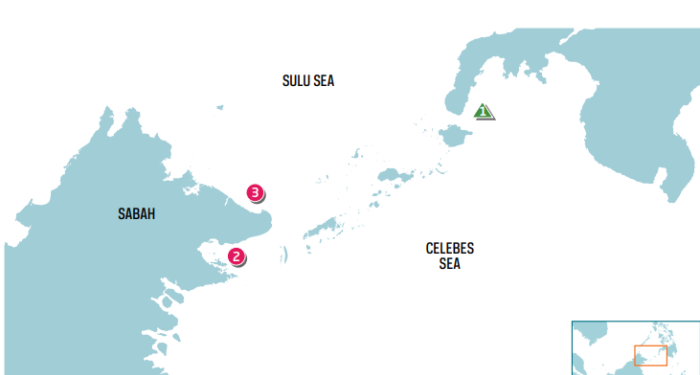 ReCAAP ISC published its annual report ‘Piracy and armed robbery against ships in Asia’, addressing that piracy and armed robbery have experienced a decrease by 25%. Additionally, the number of actual incidents showed a reduction of 31%. To this result, the number of incidents remains at a low level, in comparison to previous years. There was no actual incident of hijacking of ships for oil cargo theft in 2018. Yet, despite the improvement, ReCAAP ISC highlights the need of law enforcement agencies to continue their efficient operations. 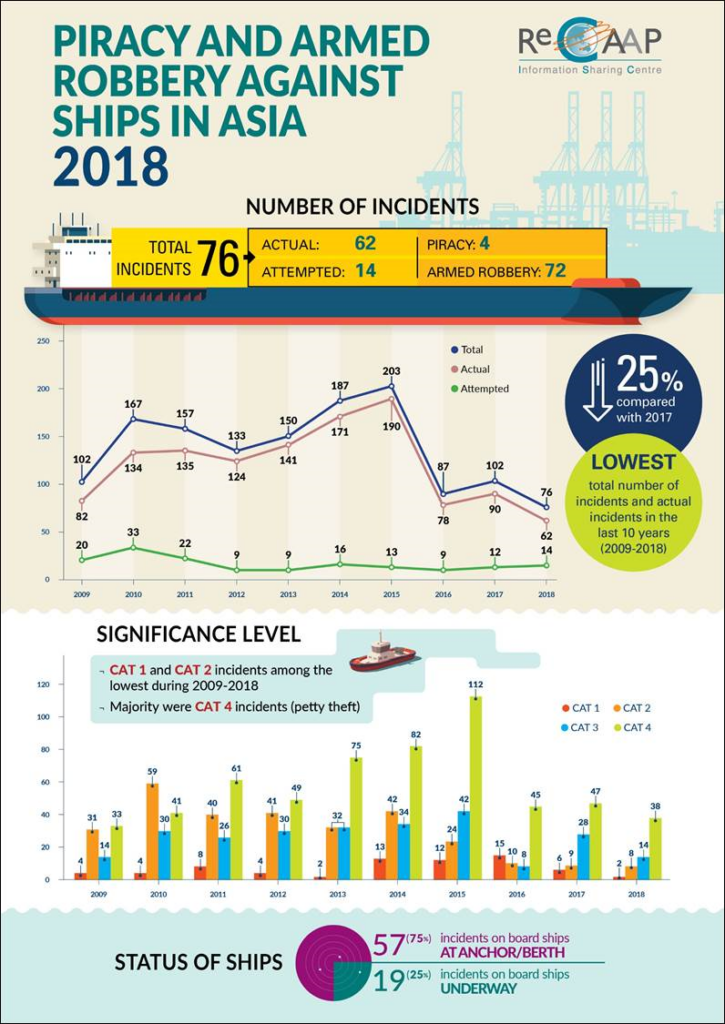 As far as the improvement is concerned, it was highly obvious in Manila anchorage in the Philippines. Also, successful arrests were reported in:

Areas that draw concern, according to the report: 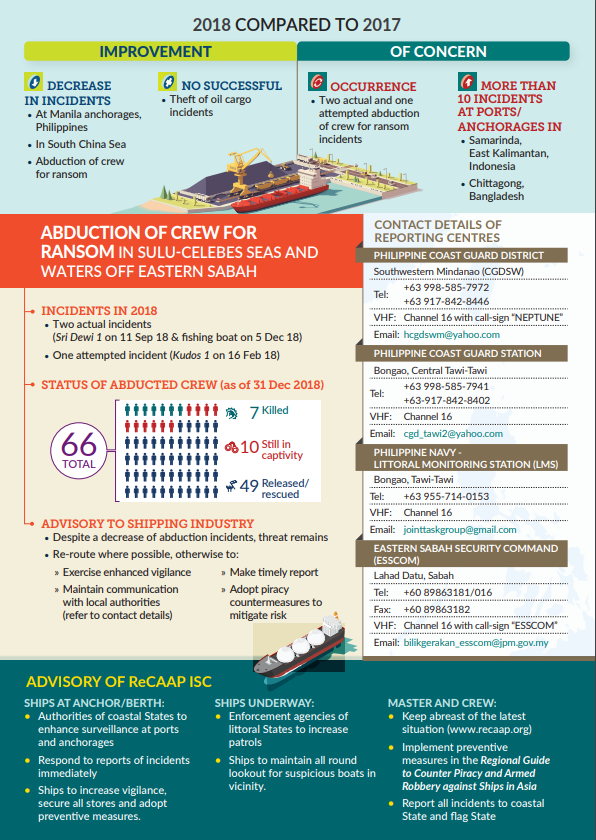 Additionally, ReCAAP ISC, over the past 12 years has collected the data of 1.560 piracy and armed robbery incidents in Asia and resulted to some characteristics of the incidents, concerning the number of perpetrators, the weapons used, treatment of crew, items stolen, the types of ships boarded, and time of incidents reported in Asia.

•The most commonly used weapons were knives/machetes/others (such as rod). The weapons were often used to cut mooring ropes and remove items on the deck such as life/floating buoys, fire hose, etc;

•More than 81% of the incidents reported that the crew did not suffer from any injuries or there was no information on the condition of the crew; •In 32% of the incidents, nothing was stolen by perpetrators who escaped empty-handed when sighted by the crew;

•The most common stolen items were ship stores, such as ropes, paint, lubricating oil/grease;

•There was no evidence to suggest that certain types of ships were targeted, but 63% of incidents occurred on board either tankers or bulk carriers;

Concluding, Masafumi Kuroki, Executive Director of ReCAAP ISC stated that ReCCAP urges law enforcement authorities to keep on their attempts and cooperation to decrease these kind of incidents.

For more information, see the PDF below: 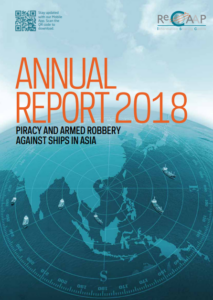