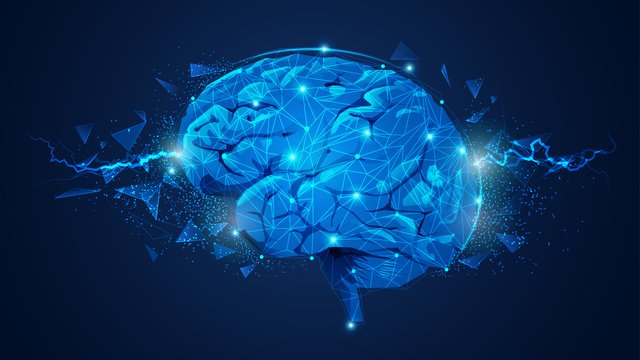 Digital technologies are triggering a revolution in the way ships are navigating. The traditional structure of a mariner’s working life will be reformed. Amid this continuous shift of roles shaped through lower manning and “smarter machines”, how people are expected to respond, as well as what defines the fine balance between human and machines intervention, remain key components in the smart shipping debate.

In the era of machine learning, data from one’s own ship can be combined with many other data sources and with the correct calculations lead to reduced fuel consumption, optimized port calls and routes. If machines learn centrally and build on a multitude of experiences, ICS has explained, they may advance exponentially while human experience has to be reacquired over and over again.

Eventually, machines will be able to match human experience in most areas if they can accumulate experience and combine data in a way that goes beyond human capacity.

Already in 2019, a SAFETY4SEA survey unveiled that digital transformation of shipping industry had started, with cyber security, crew training using new technologies and software i.e., virtual reality & augmented reality, energy management & emissions monitoring, e-navigation and ECDIS being the main areas of transition to “smart shipping”. An estimated 41.5% of the participants believe that autonomous shipping will become a reality for the industry beyond 2030. However, there are 17 % who think the industry is far away from this vision as human element is considered of paramount importance for shipping.

Meanwhile, autonomous shipping is right around the corner, which requires redefined approach in crew training and cyber awareness. And although automation is rising, opening up the way for autonomous vessels, this is unlikely to take people away from ships. While greater automation and more data are expected to create a new landscape in terms of shipping challenges and opportunities, it is high likely that people will continue to be at the center of ship operations. Also in regulatory perspective, autonomous ships are not considered as “robot ships” but as highly automated marine systems that involve the human element in various degrees, recently explained Nikolaos P. Ventikos & Konstantinos Louzis, School of Naval Architecture and Marine Engineering National Technical University of Athens.

It must…be considered that autonomy will never completely remove “human error” as it will purely be shifting it to other areas such as the shore-based controllers and the hardware and software designers.

A survey by Nautilus International to more than 20 seafaring unions in 2018 showed that 60% of survey respondents felt automation has the potential to make the shipping industry safer – provided it is introduced in a ‘hybrid’ way, enhancing onboard operations, helping to cut fatigue and excessive workloads, minimizing paperwork and bureaucracy, assisting with predictive and preventive maintenance, providing additional support for decision-making, and reducing or even eliminating some dangerous or repetitive tasks.

In this context, the Human-Autonomy Collaboration (HAC) model, describing the cooperative and collaborative performance of the human operators and the autonomous systems, has been seen by researchers as a good potential to ensure humans fully take advantage of the benefits resulted by high levels of automation and autonomy.

The role of humans

At the same time, great deal of discussion surrounds the so-called ‘human factor’. According to IMO, the human element is a complex multi-dimensional issue involving the entire spectrum of human activities performed by ships’ crews, shore-based management, regulatory bodies and others, that has an impact on maritime safety, security and marine environment. Earlier data by Allianz show that human error accounts for the 75% of marine liability losses, equivalent to over $1.6bn of losses.

An important “human element” with respect to smart shipping is an over-reliance on forms of technology -we have talked how overreliance on ECDIS has several times contributed to ship groundings and other incidents.

To remind, a series of human errors, including an overreliance on electronic charts, led to the grounding and total loss of the Maltese registered 2,194 TEU capacity container ship ‘Kea Trader’ in the Pacific Ocean on 12 July 2017. However, shipping experts have emphasized many times that the human element should be examined beyond just human errors and focus also on what issues can be avoided thanks to human intervention. Most accidents have human causes, but this does not mean that, for example, autonomous ships are automatically safe. Even if human failures are eliminated, there may still be technology errors. This requires study and improvement in both elements.

The most frequent source of errors and cause for accidents are reported to be human failures. However, it would be trivial to assume that the human element is about failure. Countless safe voyages and avoided accidents are due to the positive contribution of humans. Humans on board enable ships to sail, they are not a problem.

Based on the above, human capital is better invested to enhance productivity by interpreting data, avoiding repetitive tasks and reducing the impacts of human error on productivity. The big bet lies within regulatory authorities who need to define equivalency between human-driven action and machine-driven action.

Properly introduced, automation and digital technologies could transform shipping in a positive way – making it safer and more efficient – but managed poorly, they could undermine safety and erode the essential base of maritime skills, knowledge and expertise.