by Nikolaos Ventikos
in Opinions, Smart 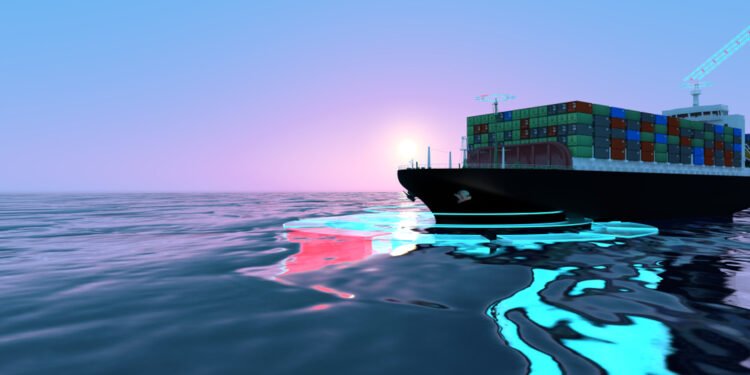 During the past decade, a large body of research has accumulated with respect to autonomous ship concepts, and, more recently, several full-scale trials have been undertaken. Research on this topic has reached a level of maturity where their technical feasibility has been proven with available technologies on, for example, autonomous navigation, argue Nikolaos P. Ventikos & Konstantinos Louzis, School of Naval Architecture and Marine Engineering National Technical University of Athens

Going forward, the question seems to be whether autonomous ships make sense from the operational, environmental, safety, and business perspectives. Will autonomous ships add value to maritime transport and solve real-world problems, or are they just an interesting exercise?

To answer these questions, the academic and industrial communities have started perceiving autonomy not as a binary decision (i.e. autonomous or not), but in terms of degrees of autonomy. This is the reason the IMO has re-stated the definition of the levels of autonomy. From this perspective, autonomous ships are not considered as “robot ships” but as highly automated marine systems that involve the human element in various degrees.

The focus has shifted from mainly technologically driven development to one that views autonomous ships as integrated systems that interact with humans. Therefore, autonomous ships will probably not provide a “one size fits all” solution, but different industry segments may benefit from different solutions.

From the safety perspective, less people will be exposed to hazardous situations in the often- harsh maritime environment and dull, dirty, and dangerous tasks will be passed on to automation. Potential applications could include serving remote, offshore locations and the arctic environment. Considering long-haul passenger transportation, the benefits seem less obvious because the focus there is on tending to the passengers needs, both in normal operation and even more so in emergencies.

A reduced crew working with automation, supported by a remote operator thousands of miles away, does not seem a good option for evacuating large passenger ships. From the environmental perspective, many have pointed to the possibilities for reducing emissions with ultra-slow steaming, something that would be very difficult with a full crew onboard. This applies only to deep sea voyages and for cargoes that are not time sensitive. In general, the role of autonomy towards achieving zero-emission vessels is yet unclear.

From the operational and business perspectives, more automation may increase supply chain efficiency and integration. In segments where these parameters play a significant role, such as container shipping, no crew and full autonomy does not necessarily mean maximum efficiency. In such cases, lower levels of autonomy may be more efficient by keeping a limited number of humans in the loop.

Given these indicative considerations, the most likely scenario for the future of autonomous ships seems to be that there will be many different implementations with different levels of autonomy that will be application specific. Each application, for example short-sea shipping, deep sea shipping, urban waterway transport, and passenger shipping, has different requirements and therefore a different solution will be most appropriate. Conventional ships will most likely co-exist with autonomous ships, but all types of vessels will need to operate in a more interconnected and interdependent maritime transport landscape.

Autonomous ship concepts will have to prove their benefits through adequate validation and verification activities. These activities need to systematically consider issues such as Human-Autonomy Collaboration (HAC) to ensure humans fully take advantage of the benefits resulted by high levels of automation and autonomy.

Dr Nikolaos P. Ventikos is an Assistant Professor in the Laboratory for Maritime Transport of the Division of Ship Design and Maritime Transport at the School of Naval Architecture and Marine Engineering (NA&ME) of the National Technical University of Athens (NTUA), Greece. He has a diploma from the School of Naval Architecture and Marine Engineering (NA&ME) of NTUA and a PhD from NTUA in the scientific areas of marine safety, risk analysis/assessment and ship generated oil pollution. Dr Ventikos’s expertise is in marine safety; risk analysis/assessment; (oil) marine pollution; maritime security; human factor; salvage engineering (i.e. search and rescue, oil removal from ships in distress, or wrecks and wreck removal); port operations; ship recycling; ship generated waste management, optimisation and statistical modelling. At NTUA he has participated in several major research projects in the areas of maritime transport, port operations, marine safety, marine salvage (currently he is acting as technical advisor of the Port Authorities of Thira for the case of ‘Sea Diamond’) and environmental protection.