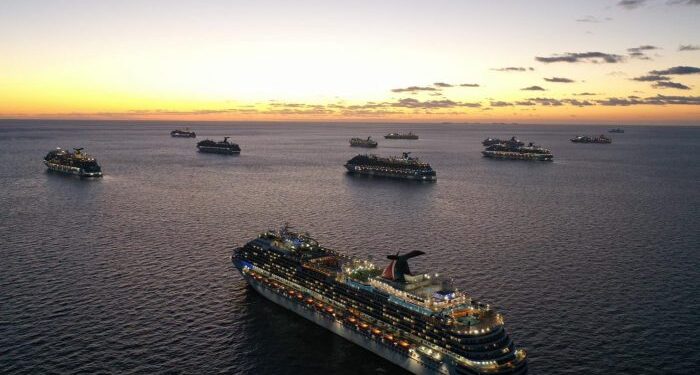 Carnival Corporation announced its initial set of 2030 sustainability goals, as part of the company’s ongoing commitment to sustainability and compliance throughout its global operations.

The world’s largest cruise major, has established new sustainability goals for 2030 and aspirations for 2050, incorporating six key focus areas that specifically align with some of the United Nations’ Sustainable Development Goals.

Detailed below, Carnival Corporation is announcing several new goals, targets and aspirations for 2030 and beyond for two of its six focus areas that will guide its actions to further strengthen its environmental, social and governance performance. Carnival Corporation’s sustainability commitments under the climate action and circular economy focus areas include:

The Getting to Zero Coalition discusses action plan for maritime decarbonization

Carnival Corporation will detail additional 2030 sustainability goals and 2050 aspirations covering all six of its focus areas in its 2020 Sustainability Report to be issued later this summer.

The 2030 goals and our aspirations for 2050 are an important next step in our sustainability journey and support our efforts to establish a path to zero emission cruising over time.

The new set of 2030 sustainability targets and 2050 aspirations build on the momentum of the company’s performance relative to its 2020 sustainability goals, which were achieved and in some cases surpassed in 2019, a full year ahead of schedule. As the company continues to work toward the broad restart of guest cruise operations, it is maintaining its focus on its environmental, social and governance performance, including continued progress on its sustainability efforts through the pause in guest cruise operations.

As part of its strategic plan for carbon footprint reduction, the company leads the cruise industry’s use of LNG to power cruise ships with a total of 11 next-generation cruise ships that will have joined the fleet through 2025, which will represent nearly 20% of its total capacity, including four ships already in operation.

The Getting to Zero Coalition discusses action plan for maritime decarbonization