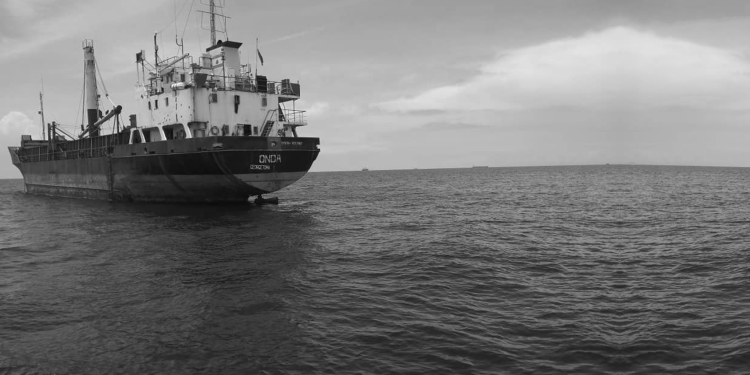 The Port of Dakar in Senegal has said it is too busy to rescue a cargo ship at its anchorage which has been without electricity and sidelights for months, putting its seafarers and those on passing ships in danger.

The MV Onda was declared abandoned in December 2021 and has now been at Dakar for more than five months. Its engine has broken down meaning that it has no power and so cannot be lit to warn passing vessels of its presence.

The risk of a collision with the unlit vessel is high due of the anchorage’s proximity to a crowded seaway, warns the International Transport Workers’ Federation (ITF).

An unlit vessel positioned there at night puts the lives of the Onda’s seafarers in immediate danger as well as those on any ship passing by. There has already been one near miss. If an oil tanker crashes through the Onda, there will be an environmental as well as human disaster

The ITF has contacted authorities at Dakar asking that the Onda is towed into port so that repairs can be made to the engine to make it safe. Their response was that the port is already too busy.

The four seafarers from Cameroon, Lebanon, Nigeria and Syria have been left without pay or sufficient provisions by the Onda’s owners and operators for months.

The ITF has stepped in to ensure they receive full provisions and drinking water for as long as they remain at anchor.

The crew are owed each between five- and nine-month’s pay, estimated at over USD $59,000. All four seafarers have requested repatriation, at the cost of the owner, as is their right under the Maritime Labour Convention.

The situation is made more complex by the Onda’s uncertain flag status. It was previously registered in Togo, but that country says that registration was transferred to Guyana in July 2021.

Indeed, the ship was picked up broadcasting a Guyanese call sign on its automated identification system as recently as April this year. However, the Guyana register has no record of the ship and suspects it is operating illegally under a ‘false flag’.