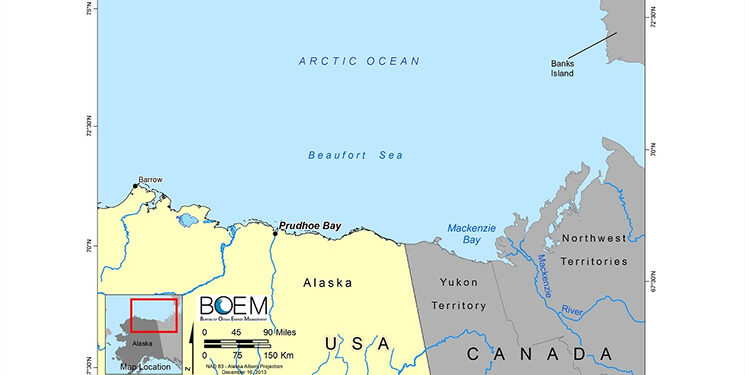 The Bureau of Ocean Energy Management (BOEM) and National Oceanographic Partnership Program (NOPP) partners announced the award of a broad Arctic study that will investigate the interrelationship among the physical, biological, chemical and social science components of the Beaufort Sea ecosystem from Barrow, Alaska, to the Mackenzie River delta in Canadian waters.

“BOEM is pleased to join our Federal and industry partners to undertake this forward-looking project,” said BOEM Acting Director Walter Cruickshank. “With widespread interest in the Arctic, including potential oil and gas leasing and development, we’re looking to significantly expand our knowledge of the Beaufort Sea ecosystem to inform our decision-making.”

The MARES study is taking place under the NOPP, which brings together federal agencies, academia, industry, and non-governmental organizations to support ocean research. The award recipient, Stantec Consulting Services, Inc., will lead a team of U.S. and Canadian scientists and technicians on both sides of the border. An independent scientific review board of internationally recognized experts will help to steer and peer review the project, which is planned for at least five years (2014 to 2019).

The overarching goals of the study are to better understand the interrelationship of the physical, biological, chemical, and human systems, including traditional knowledge, of the Beaufort Sea and to advance scientific prediction capabilities for linkages between marine life, human uses, sea ice, atmospheric and oceanic processes and river discharge. It is important for BOEM and its NOPP partners to study and monitor areas known for high biological productivity and prevalent subsistence use to ensure their protection.

To better inform future BOEM decisions, the bureau seeks to learn more about the impact of the Mackenzie River plume on the Beaufort Sea shelf. A river plume is formed by fresh water runoff discharged into the marine environment. These waters are very low in salinity (in comparison to the surrounding oceanic environment) and undergo intense mixing with saltier, marine waters along its boundaries. River plumes are clearly distinguished from satellite images and other oceanographic data. High-resolution in-situ and satellite observations and modeling data on the Beaufort shelf area will inform BOEM’s decision-making process for any future OCS activities.

The planned research aligns well with stated goals from the National Ocean Policy and the Interagency Arctic Research Policy Committee (IARPC). Interagency collaboration, integrated science, ecosystem-based management, and use of local and traditional knowledge are at the heart of these policies.

In the origin, I was forthright with you propecia before and after has changed my essence. It has become much more fun, and now I have to run. Just as it is incredible to sit.