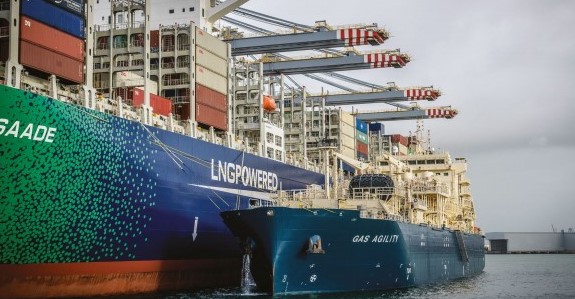 A recent report by SEA-LNG outlines how LNG as a marine fuel has moved from being a niche option to a mainstream fuel of the future.

Currently, LNG-fuelled vessels amount to approximately 13% of the current newbuild order book and estimates for 2021 and beyond show continuing growth in many classes of vessels. Importantly, 2020 also saw the first uses of bio-LNG by deep-sea ocean vessels, thereby reducing the carbon footprints of these vessels.

As Peter Keller, Chairman of SEA-LNG says, there is a fundamental binary choice facing newbuilds in 2021, as decarbonisation forces a choice between using LNG now, or retrofitting later.

As the report mentions, instead of avoiding making a decision and waiting for technologies to develop in the future, LNG enables ship owners to reduce emissions now while protecting the future.

According to SEA-LNG, bio-LNG is a “prime pathway to carbon neutrality”, and its gradual introduction alongside synthetic LNG will incrementally decarbonise shipping towards the IMO’s 2050 targets.

In addition, the report highlights the need for lifecycle analysis with current data taking actual operational environments into account, and working with seafarers, ports and port communities is essential. Specifically, the industry must make decisions on future fuels on a well-to-wake basis, looking at total emissions throughout the lifecycle of a fuel.

Waiting is not an option for getting to zero. Going LNG represents a positive step down the decarbonisation pathway to carbon neutrality in marine fuels

What is more, longer term, synthetic LNG, produced from the same renewable energy feedstocks as green ammonia and hydrogen, offers another zero-carbon option.

According to the report, there is the need for global policymakers to recognise the potential of LNG and these other products and provide corresponding incentives to industry by:

Finally, the report notes that LNG infrastructure is growing almost daily and has a proven safety record over decades of use. It also adds that LNG cannot pollute the seas and waterways, it is non-toxic, and ports around the world are facilitating the bunkering of this important fuel. 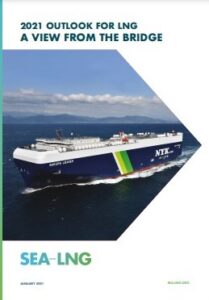