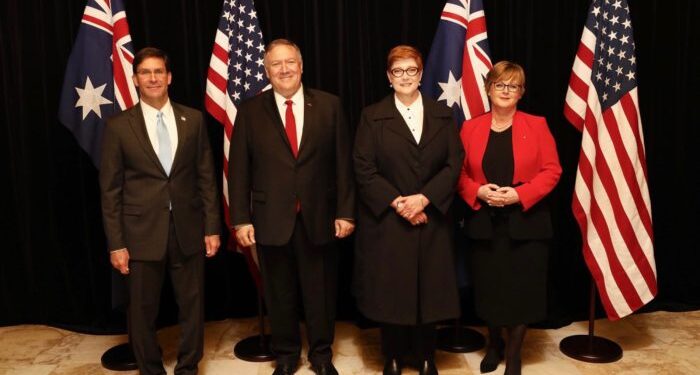 Australian Minister for Defence, Linda Reynolds, stated to reporters during the annual US-Australian security talks in Sydney, that the US request, to join in the coalition to protect the vessels that sail in the Strait of Hormuz, is seriously taken under consideration.

Our Alliance with the US is more important now than it ever has been.

Referring to the increasing tensions in the Strait of Hormuz, she added that Australia is deeply concerned and condemns the attacks on shipping in the Gulf of Oman. She continued that, as always, Australia will think of its benefits and sovereign interests prior to taking any decision, ‘But again, no decision has yet been made.’

In the meantime, acting US Secretary of Defence, Mark Esper, commented that the US aimed to promote freedom of navigation and freedom of trade in the Strait of Hormuz, the Persian Gulf, and the Gulf of Oman. As he recently quoted,

I think it’s all helpful. It’s all sending the same messages we’re trying to send – that is, freedom of navigation and no provocative acts in the strait.

In general, the tension in the Strait peaked when Iran seized a British-flagged tanker in the area. Allegedly, this was an act of retaliation because a week prior to this event, the UK seized an Iranian vessel in Gibraltar.

The U.S. Secretary of State, Mike Pompeo, added that Australia was taking the request seriously.

For the time being, South Korea is officially joining the US in the naval mission, whereas Germany was invited to participate, but according to Nils Schmid, a foreign affairs spokesman for the SPD parliamentary party, the German government has already rejected the invitation in taking part in the US military operation.

It should stay like that. Otherwise, there is a risk of being pulled into a war against Iran on the side of the United States.