The landmark treaty on the prevention of air pollution from ships 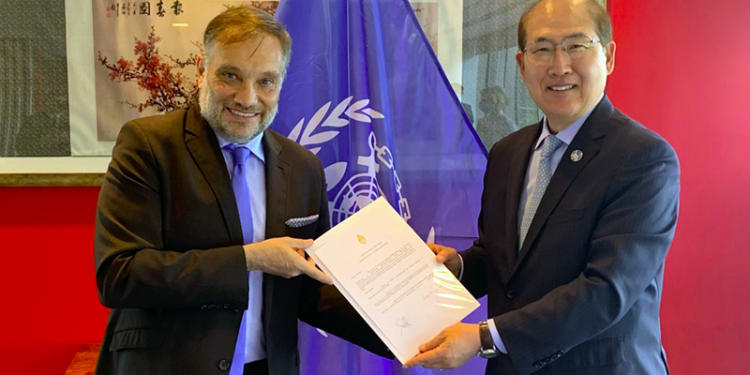 ​Argentina has become the 100th State Party to MARPOL Annex VI regulations for the prevention of air pollution from ships. With this ratification, the regulations now apply to 96.65% of world merchant shipping by tonnage, according to IMO.

The regulations in Annex VI of MARPOL Convention address air pollution from ships and include energy efficiency and fuel quality requirements designed to reduce harmful emissions from shipping.

I am pleased that we now have 100 Contracting States and encourage others who have not yet done so, to become a party to this important treaty. We all need to do our part to ensure the health of people and the planet and to tackle climate change. MARPOL Annex VI provides the mandatory regulatory framework to limit harmful emissions from ships,

Mr. Lim noted that while the majority of ships by tonnage were already covered, all States, including coastal States, could benefit from becoming a party, since they can then exercise PSC over ships flying any flag visiting their ports.

IMO’s MARPOL Annex VI was adopted at a Conference in September 1997, through a Protocol to the MARPOL Convention, which included the new Annex.

The Protocol including Annex VI of MARPOL entered into force on 19 May 2005, but a revised annex was adopted in 2008 and entered into force in 2010. This important revision included more stringent limits on sulphur oxide emissions from ships, bringing in the IMO 2020 sulphur cap.

In 2011, IMO adopted a new chapter on energy efficiency, bringing in mandatory requirements for ships to improve their energy efficiency – and contribute to the fight against climate change by reducing their CO2 emissions. The Initial IMO strategy on reduction of GHG emissions from ships was adopted in 2018.

In 2021, IMO is set to adopt further amendments to MARPOL Annex VI, to bring in mandatory requirements aimed at cutting the carbon intensity of all ships.

The MEPC 76, to begin this week, will consider, with a view to adoption: