by William Burroughs
in Ballast, Opinions 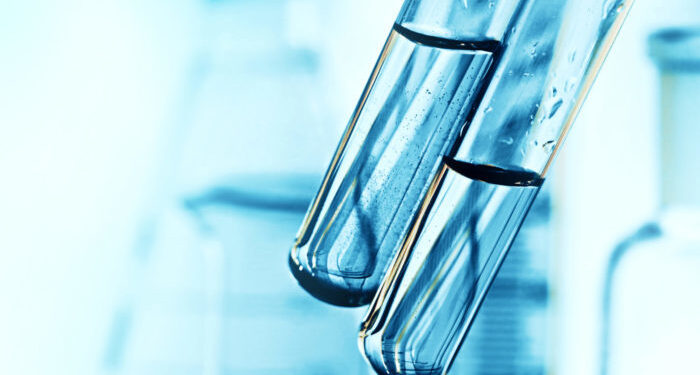 The five-year AMS window is closing for many vessels and owners whose systems are awaiting USCG Type Approval should not miss an opportunity to seek an extension, writes William Burroughs, ABS.

The end of US Coast Guard’s Alternate Management System (AMS) program for ballast water discharges means owners whose systems are not USCG Type Approved should seek an extension or risk losing the ability to trade in US waters.

Extensions to the AMS acceptance period, reviewed on a case-by-case basis, could give shipowners permission to continue discharging into US waters for longer than the original five-year AMS period.

The Coast Guard created the AMS program to allow the enforcement of their BWM regulations before issuing any Type Approvals. Intended as a bridging system, the AMS program established a five-year period in which owners could install an IMO-Type Approved system having been accepted by the USCG as an AMS on the basis that it was at least as effective as ballast water exchange.

By June 2012 (when the USCG’s final rule became effective), the Coast Guard anticipated enough systems would be Type Approved within five years, allowing most vendors to upgrade their AMS-accepted BWMS to USCG approved BWMS before the end of their five-year periods.

The USCG missed its estimate by approximately one year. For newbuild vessels constructed after 1 December 2013 requiring BWMS (including AMS accepted) upon delivery and most retrofits at the first schedule drydocking after 1 January 2016, many earlier installations with AMS accepted BWMS are schedule to end their AMS periods in 2020.

The first USCG Type Approval was granted in early December 2016 and by the end of 2018, there were 15 USCG approved BWMS. As of January 2020, there are 25 approved BWMS and at least six applications for BWMS not yet having any previous version USCG approved.

The USCG will consider extensions of AMS periods to help relieve the pressure on shipowners with AMS accepted BWMS close to being Type Approved from having to remove and replace these BWMS. These short-term extensions could help owners continue operating in US waters until the vendor can complete the upgrade from AMS accepted to USCG approved configurations.

A ballast water system may be granted an AMS extension if the vendor has commenced testing for Coast Guard Type Approval, a process that can be facilitated by ABS. Feedback received so far is that Coast Guard is unlikely to grant an extension if this process will take more than a year.

The extension mechanism is designed not to penalise owners that regularly trade to the US who might be close to their five year deadline but whose BWMS is only a few months away from Coast Guard Type Approval.

It also recognises that in the case of system modifications required for Type Approval, components may not be available in time due to the high demand, so there is flexibility to let the industry catch up.

Many vendors are proactively working out client support programs to make sure that systems are updated or that extensions are requested, but others have yet to understand what they will need to need to do and explain to owners whether modifications are available or completely new systems will be required.

It is equally important that shipowners evaluate their AMS timeline and work with vendors with the aim of obtaining an extension if necessary; it is the owners, not vendors, who are responsible for their compliance.

Another important issue for owners to understand is that where a BWMS is already installed, a subsequent approval by Coast Guard does not automatically make the installed system compliant. All modifications or upgrades required to match the USCG approved configuration must be carried out on the installed equipment by the end of the five-year AMS period

There are several AMS accepted systems that are unlikely to achieve Type Approval, creating a potential problem for owners of these systems if they intend to continue trading to the United States.

In the years since ratification of the IMO Convention, vendors have come and gone; even those that survived may choose not to put their oldest systems through Type Approval even though some ships have this equipment.

Vendors which have yet to begin the process of achieving Type Approval may look ahead a couple of years to when the EPA Vessel Incidental Discharge Act (VIDA) comes into force and conclude that the investment to bring older systems up to standard might not be justified.

VIDA might not provide ‘backwards compatibility’ to the AMS program and likely only to reference systems with full USCG Type Approval as being compliant.

ABS estimates that there are thousands of ships in the AMS program, several of which have already exceeded their five year periods. We are pleased the Coast Guard has begun to consider an AMS extension program and we have already helped many owners apply for these extensions. Experience to date is that the compliance solution for each ship will be different according to each vendor, their timeline for Type Approval, and how fast the vendors could upgrade their AMS accepted installations especially when new parts are required.

The bigger question raised by the end of AMS period is whether midlife vessels around 15 years will be economically viable if they require a complete BWMS retrofit that could cost $750,000 or more. Owners faced with this option might be forced to conclude that scrapping the vessel is a more attractive option.

Many first generation BWMS were designed based on limited operating experience and not all are easily upgradable to the current model configurations. Vessels which might otherwise have been marketed with 10 additional years ability to trade in US waters could prove hard to justify if the opportunity of worldwide trading is limited without substantial additional investment.

Mr William Burroughs is currently working at ABS Americas, Houston Texas (USA) to promote the ABS’s environmental business and related services. He provides guidance in support of international, national and regional marine environmental regulations with expertise in environmental subjects and consultative assistance to all divisional offices on related ABS Class and policy matters.