Wakashio: How the crisis comms could have been better

by Dustin Eno
in Accidents, Opinions

Dustin Eno, COO, Navigate Response, explains how a better strategy could have lessened the damage of the MV Wakashio grounding.

A large vessel aground on a coral reef spilling oil into enticing turquoise waters is always a huge problem. But, in the case of the MV Wakashio, a better communications strategy could have lessened the damage done to the reputations of the companies involved and to our industry.

The MV Wakashio, an unladen bulker, ran aground in Mauritius early in the evening on 25 July 2020. Pictures started circulating quickly, but intense media coverage only started two weeks later when fuel oil started leaking from the vessel. Over the coming weeks the story remained high-profile with frequent spikes in coverage associated with developments ranging from dead dolphins washing up on the shore to the vessel breaking up.

As happens all too often in our industry, the media and communications response was insufficient at several steps.

Communicating effectively for an environmental disaster is incredibly difficult. It depends on multiple groups working together and understanding the cultures and perspectives of the audiences that need to be reached. Yes, it’s easy for me to sit at my computer and criticize. That is not my aim. My aim is to say to everyone in our industry, we must all do a better job of communicating about our industry because, if we don’t, people will believe Nas Daily when he says: “Ships – they are more dangerous than we think”. 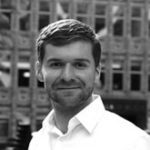