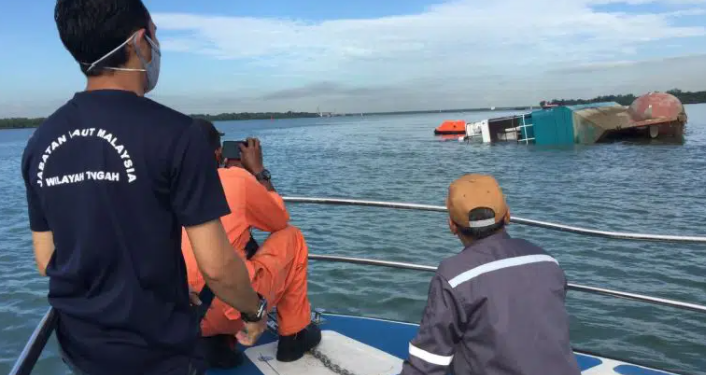 After receiving a distress call regarding a ship capsizing, the Malaysian Marine Department sent a civilian vessel to the area.

In a statement on Thursday (Sept 23), authorities said strong winds had pushed the MV Ocean Serene to its port side, causing water to seep in through the ship’s transom at about 7.30pm. As explained:

“Pumps were used but were unable to remove the water which was flowing into the ship at a fast pace. As a result, the ship ended up submerged”.

For the records, six Indonesian crewmen had abandoned the ship and were rescued by a civilian vessel in the area.

“The department’s ships have also been deployed to the area to monitor any oil spill and movement of the sunken ship.

Following the situation, authorities will also place a special marker buoy in the area to ensure that other ships do not use the same route.

Concluding, an investigation team has also been formed to look into the cause of the incident.