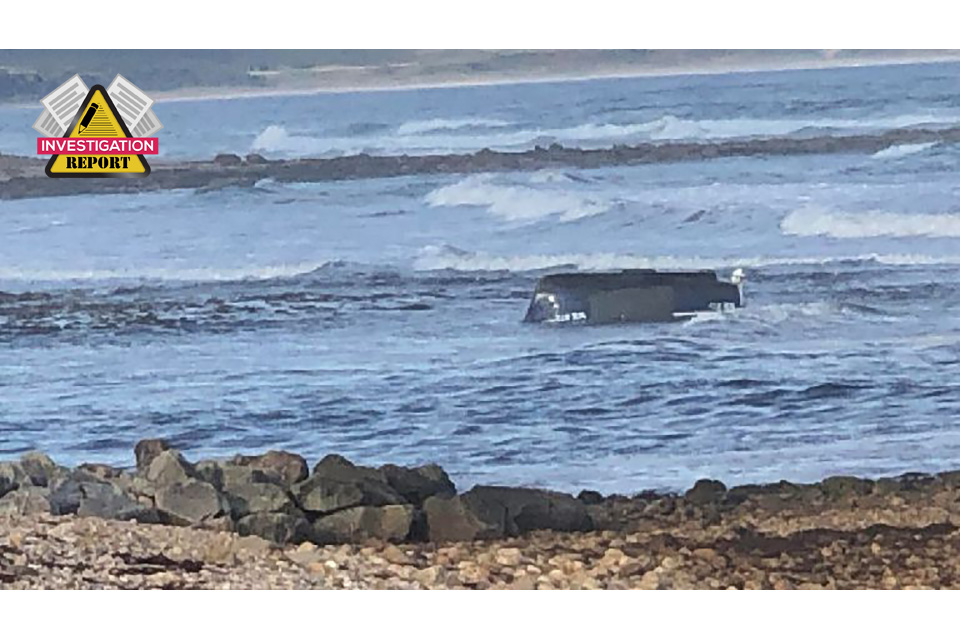 The UK MAIB issued an investigation report on the capsizing of the fishing vessel Anna-Marie II which resulted in one fatality off East Scotland in September 2019. The investigation highlighted that there were unusually high waves at the time of the incident and the two crew onboard were not wearing a PFD.

At about 1550 on 23 September 2019, the 6.2m fishing vessel, Anna-Marie II, capsized as it entered the mouth of the Brora river while returning from its creel fishing grounds.

The vessel broached and capsized in the waves, resulting in both its skipper and crewman entering the water.

Neither was wearing a personal flotation device. As a result, the crewman managed to swim ashore but sadly the skipper drowned.

The MAIB investigation found that:

While the stability of the vessel might have been adequate, an open boat design has a dramatic loss of stability as soon as the bulwark rail enters the water as there is no further righting moment and catastrophic flooding occurs, 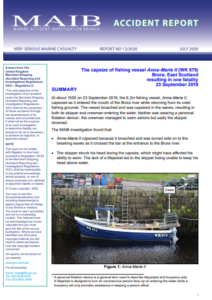