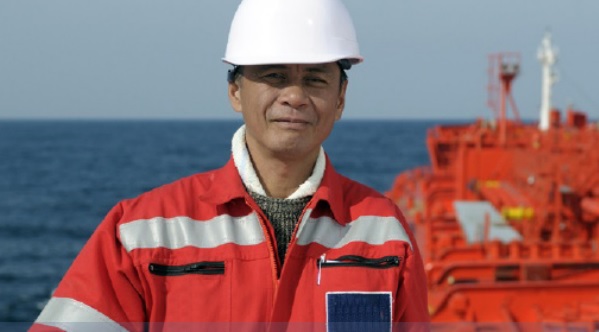 Mr Nicholson has stated the following regarding the new Act:

“Filipino seafarers make an immense contribution to the world’s ocean-going merchant shipping fleet and their home country. Unfortunately this is somewhat overshadowed by continuing frustrations within the Philippine legal system.

“The frustrations are primarily due to a relatively small number of seafarers who – aided by ‘ambulance-chasing’ lawyers – succeed with spurious arbitration claims against employers before the National Labor Relations Commission and National Conciliation and Mediation Board.

“Due to a quirk in the Philippine legal system, the arbitration awards must be paid by employers, regardless of whether they wish to contest them. Over the past eight  years more than 250 arbitration decisions have been successfully appealed by employers.”

”However, and perhaps not surprisingly, very little of the £18 million they have unjustly paid out has yet to be recovered – and probably never will be. Fortunately, things are beginning to change – starting with new legislation against ambulance-chasing lawyers.

“The new Seafarers’ Protection Act is designed to protect Filipino seafarers and their families from the unscrupulous practices of such lawyers and came into force on 21 May 2016. Under the new law, any individual or group – whether lawyers or not – found to be soliciting directly or via agents will be imprisoned for one–two years and/or fined PHP50,000–100,000 (approximately US$1–2,000). In addition, legal fees are now capped at 10% of the total amount awarded.

“In addition to the new ambulance-chasing legislation, steps are also being taken to put an end to the problem of enforced payment of arbitration awards in the event the employer wishes to appeal. The International Group of P&I Clubs has recorded 252 cases over the past eight years in which arbitration awards totalling £18 million have been overturned or modified in favour of the employer by the Court of Appeals or Supreme Court, yet less than US$40,000 has so far been recovered through the process of restitution. If the recent pattern of awards and appeals continues, the total to be recovered could reach over US$40 million within the next five years.

“The International Group has formally proposed an alternative Escrow system to replace this process. When an employer wishes to dispute an arbitration decision, the judgement amount would be deposited in an Escrow account pending the decision of a higher court. This would also leave the door open to an amicable settlement being agreed at any time during the pendency of the case before the higher court. Legal title to the money in the Escrow account would rest with the employer but the claimant would hold beneficial title.

“The new Seafarers’ Protection Act means Filipino seafarers and their families should now be protected from losing up to 60% of their contractual compensation entitlements due to the unscrupulous practices of ‘ambulance-chasing’ lawyers. The new law should also reduce the number of spurious claims being encouraged by such lawyers. However, given the lack of impartiality of the arbitration bodies, in particular the NCMB, and the rising number of maritime labour cases being referred to them, it seems likely that the quantifiable damage suffered by employers will continue to rise. The significant frustrations felt by employers and the damage suffered as a consequence will only be overcome if the Escrow proposal is adopted and enacted into law.”