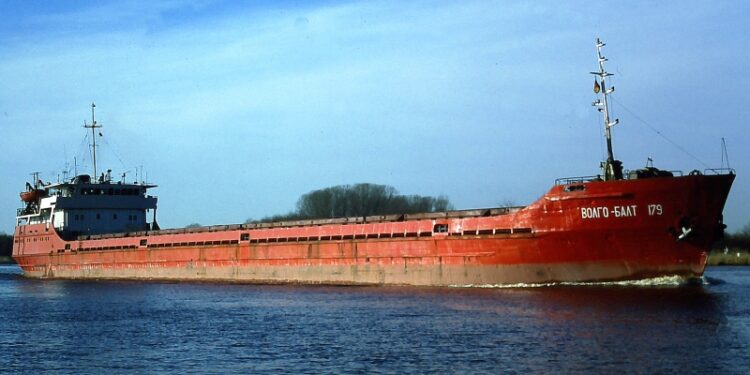 At least two people lost their lives as the Comoros-flagged freighter ‘Volgo Balt 179’ with 13 sailors onboard sank on March 11, in the Black Sea near the Romanian coast.

According to local media, ten sailors were rescued, with search and rescue work trying to find the last crew member.

The ship sank 70 nautical miles from the port of Constanta, Romania’s main seaport, probably because of a storm that took place offshore.

A Romanian tugboat was in the vicinity and rescue operations began immediately.

What is more, Romanian offshore services company GSP Offshore, informed that itreceived a distress call from the cargo ship at 4:40 in the morning. After that, the rescue operation started in extremely difficult weather conditions with strong wind and high waves.

The ten rescued people are in the hospital of the GSP Falcon ship, receiving medical care.

Built in 1973, the ship is Soviet-era class and has attracted PSC scrutiny in the past, according to Equasis data.